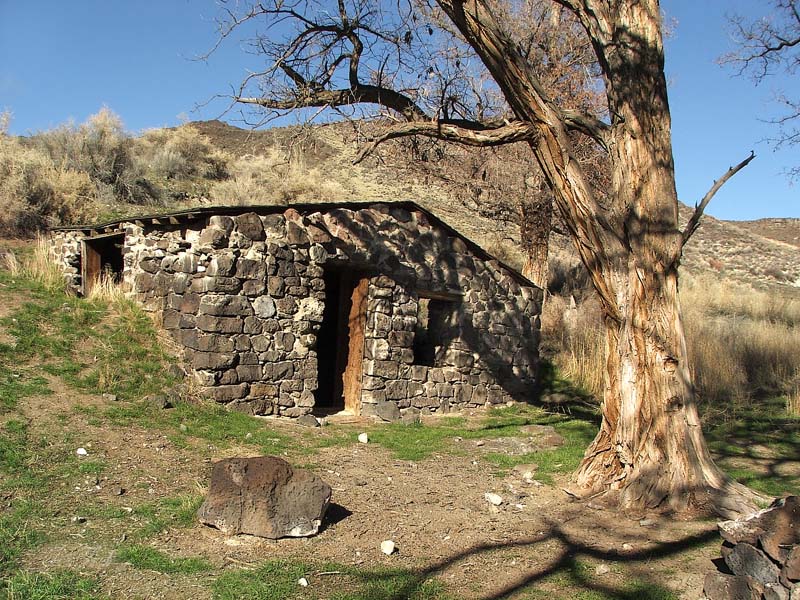 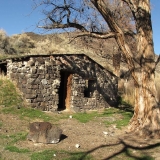 A while back, IDAHO magazine posted this photo on our Facebook page. It was taken by Robert Ford, who came across the old stone cabin beside the river in the Morley Nelson Snake River Birds of Prey National Conservation Area, about eleven miles north of Grand View. “An interesting homestead,” he wrote, “but not sure of its history.”

Later, we received a response to the post from Steph Baldwin, who wrote that a man named Eric Jacobsen grew up in Grand View, where his family has lived for generations. Steph knew that Eric was familiar with the history of the cabin, but he said Eric didn’t use email. It was to our surprise and satisfaction, then, that we eventually did receive a note from Eric.

He wrote, “All right, finally got time to type! So that stone cabin was a stage stop. The stagecoach, coming or going to Boise, changed horses here. Farther up the little canyon is a narrow road that switches back up to the rimrock top. Below the cabin towards the Snake River is the stone-and-fence-post corral that held the switch-out teams of horses. Also, it’s rumored that in the side of the creek bank nearby is a hidden cave where the wranglers would hide out when the local Indians would raid. My family has been looking after this place to prevent vandalism for, I think, at least four generations, probably more. About fifteen or twenty years ago, my family had to sell our ranch and farm. Since then, different people have tried to keep this place stuck in time, with little to no damage. The last time I was there, some new locals had  put bait out for a mountain lion living in the area, pestering the local cattle herd. Certain times of the year are better to visit this place than others, because the rattlers also have a den back up the canyon. I just wanted you to have the best and accurate history on a place that my family helped protect and cherish for generations.”