Posted on by Rick Just

The Story Behind Harriman State Park

Maybe I misjudged the Harrimans. Almost three decades of working for the Idaho Department of Parks and Recreation helped me to appreciate the importance to the agency of the Harriman family’s Railroad Ranch donation to the state, which would become Harriman State Park, near Island Park in eastern Idaho. But I had assumed that E.H. Harriman, chairman of Union Pacific Railroad in the late 1800s and early 1900s, was a typical railroad baron, a man of wealth who threw his weight around as he pleased, with little concern for society as a whole. I knew and appreciated on a personal level that his son, Roland, had given Railroad Ranch to the state, but I didn’t realize it had come out of a tradition of philanthropy in the Harriman family going back at least to 1909, and a history of caring for the environment that went back even further, to the Alaska Expedition of 1899. It wasn’t until I was doing research for a book on the topic that I began to understand these things.

E.H. Harriman bought a share of the Island Park Land and Cattle Company in 1908. Other shareholders were associated with the Oregon Short Line, a subsidiary of Union Pacific, which he chaired, so the ranch became known popularly as the Railroad Ranch. I probably could be forgiven for assuming that Harriman was a greedy railroad baron whose only interest was in making money. After all, this same man was the nemesis of the title characters in the 1969 movie, Butch Cassidy and the Sundance Kid. Money was important to him, but I found he was also deeply intrigued by the natural world. Famed conservationist John Muir was among his friends, and Harriman supported Muir’s fight—ultimately unsuccessful—against construction of the Hetch Hetchy Dam in Yosemite National Park. 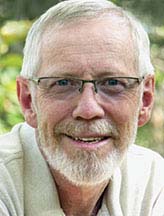 Rick Just is the author of several books about Idaho. He writes a history column for the Idaho Press, and publishes a daily blog on Facebook and on rickjust.com called Speaking of Idaho.
View all posts by Rick Just →