A Piece of Heaven

By Robyn Bonner and the Students of Peck Elementary School

At Peck Elementary School, where I teach, I recently shared with my students in grades three to six the idea of collaborating on a story about the community for IDAHO magazine. They were enthusiastic, and we began to search for our overall theme. Fourth-grade student Emalee Sobrevilla raised her hand and said, “Why don’t we write about what it feels like when we drive into Peck?” I asked her to explain further and she said, “When we drive into Peck, I feel like I’m entering a place like no other. I feel like I am coming home. I have a feeling of warmth and welcoming. I feel amazing.”

This became our starting point. We decided to interview people who had lived in Peck a long time, who had grown up here, when the community was quite a bit different than it is now. The following story is based largely on the recollections of these residents, as gathered by my students. But first I’ll explain how I came to be at the school.

I live in Pierce, which is about forty-two miles and an hour’s drive away from the Nez Perce County town of Peck. Six years ago, the school district superintendent asked if I would be interested in teaching at Peck Elementary School (PES). I was intrigued, as I previously had taught in multi-age classrooms. Even so, this would be something new: the school housed grades kindergarten through sixth, and I would be the only teacher, aided by two part-time paraprofessionals. 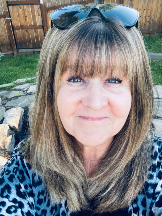 Robyn Bonner lives in Pierce with her husband, Lee Bonner. They have four adult kids, two sons-in law and a daughter-in-law, and five grandchildren, with a new one arriving in November. Robyn enjoys camping, hunting, fishing, hiking in the wilderness and relaxing with family. A teacher in the school district for thirty-one years, she likes to read and travel, and loves adventures.
View all posts by Robyn Bonner →
ORDER BY MAIL