Peter and the Boy

Posted on by Lynda Huddleston

The Power of a Gesture

Story and Photos by Lynda Huddleston

On the second Friday of the month you could find most residents, especially the ladies, gathered in the front room to listen to Cowboy Andrew. At six-foot seven, although he seemed taller with his signature hat on, Andrew towered over the gathering as his voice floated across the room and brought everybody’s country favorites to life.

Known and loved by all, Cowboy Andrew was a mainstay of our music calendar even before I began working at this assisted living community in Meridian. When Andrew chose this as the place he wanted to bring his father, Peter, for his final days, we felt honored. Before he came to us, Peter had been diagnosed with a renal artery aneurism, a rare occurrence that affects less than one percent of the population. Even after corrective surgery at the Mayo Clinic in Minnesota, the doctors told him he most likely would have only a few months remaining.

Peter was strong, and another six years went by, during which he lost his wife and lost sight in one of his eyes, but also continued to live on his own terms. He even went salmon fishing with his son Andrew just months before moving to our community. Eventually, however, his health problems caught up to him and by the time he moved in to Meridian, it was obvious there was little we could do but offer comfort. All of us, family and staff, tended to his basic needs as we waited.

One day became two. Two became three. Three became a week, and Peter once again defied the odds until, to our surprise, he began to thrive. He started to ask frequently for his favorite treat, a diet soda on ice—the ice being very important, as he happily pointed out to anyone who visited. As he ate more and gathered strength, we began to see Peter in a different light, recognizing the charming side of his gentle nature, and people looked forward to their moments with him. Even from the bed, his six-foot-three frame projected strength, a result of his time in the Air Force as an intelligence officer and afterwards as a security police instructor. 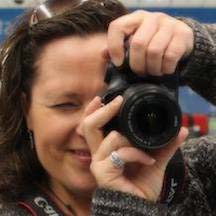 Lynda Huddleston is the life enrichment director of Spring Creek Ustick Assisted Living in Meridian. Lynda says she has been “blessed and honored to know and care for the most beautiful souls. I have found that the love I receive in return far exceeds anything I give. Each day, they teach me things about life and myself.”
View all posts by Lynda Huddleston →