Posted on by Takisha Brinkerhoff

The Wisdom of the Elders

My great-grandmother, Alverda Dennis, sat at her kitchen table in the small community of Jackson, east of the Snake River from Rupert. In a straight-backed chair of solid wood, her curly silver hair fluffed to perfection, she shared memories of her youth, as she did with me over breakfast and coffee countless days in my childhood.

Waking up to the smells of freshly baked bread, bacon, and coffee wafting toward you on a weekend or during school vacation is a luxury not afforded to everyone, and it’s always been even better for me in the presence of my great-grandmother, who has years of wisdom and knowledge to share. While she is not one to talk about feelings, or openly say, “I love you,” when I listen closely, I discover the emotion in the stories she tells, which helps me to better understand who she is.

I know this: she is a pillar of strength and the epitome of perseverance, having endured many hardships in her life and, I think, having faced every one of them with confidence in herself and her family. She survived the Great Depression, ran a dairy farm, was widowed young, and raised four children, and through it all she kept intact her independence, positivity, and determined nature. I’ve learned much from her while listening to her stories, and the one that perhaps stick out most in my mind concerns the Great Depression.

She acknowledged it was a time where many people went without extras and struggled to find jobs, yet she also described it as a period in which families became closer, communities banded together, and time moved slower.

“The neighborhood kids would circle up and play hide-and-seek in backyards,” she told me. “The men would huddle to discuss local politics, and the women cooked and canned what they gathered from their gardens, fields, and fruit trees.” 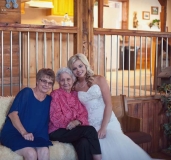 Alverda Dennis engaged in a favorite pasttime.
The author's great-grandmother Alverda in her younger years. 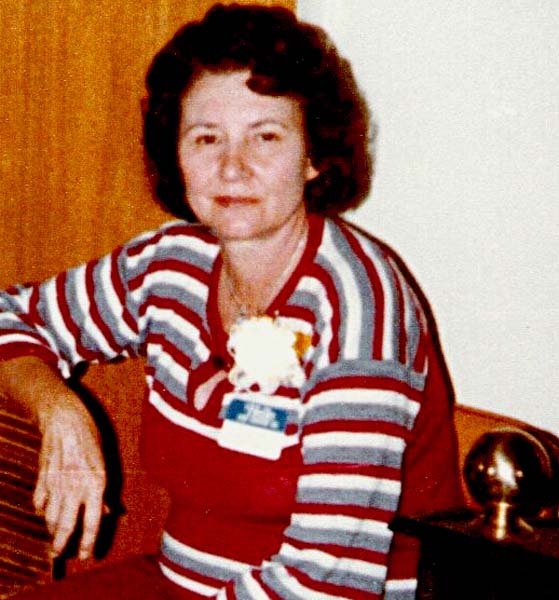 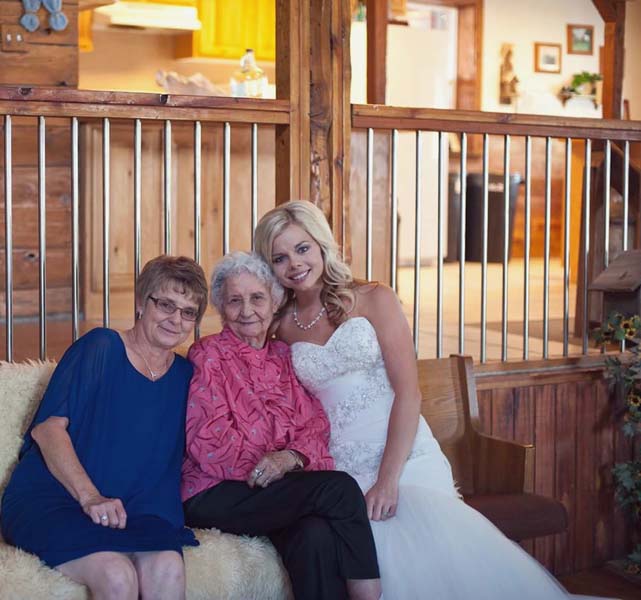 Jackson’s community of French-Canadian immigrants would gather every Sunday at a different house, on a rotating schedule, and each family would bring something to eat. The sense of community was strong and the neighborly ties were even stronger. As I listened to the stories flowing from her, it was clear from her smiles that she felt nostalgic about this time when people were poor but happy.

I believe our days move quickly now, just as people move fast at the cost of stopping to smell the roses or spending quality time with loved ones. My great-grandmother says she doesn’t understand why morals have changed or how social media have taken the place of talking to others face-to-face. She maintains a steadfast position that life was better when things were slower and money didn’t “drive the boat.”

“People looked out for each other, they were present at the call, and they cared about more than what was popular on television and the Internet,” she said. “Many of the skills that people once possessed are gone or outdated, and folks will pay for it if conditions ever revert to how they were in the Forties. Sewing, gardening, and canning seem to be things of the past.”

I see proof in today’s youth that those skills are taught neither in school nor in most homes anymore. America has moved away from homemade materials in support of a commercial market. Because of these changes, my great-grandmother fears for the wellbeing of younger people in our family, but she also feels that if people stand close to their families, they will survive.

When she had guests in the past, she always baked, cooked, and canned for them when she could, demonstrating by example how to stay strong when times are tough. Despite having experienced many difficult things in her life, her laughing brown eyes bear testament to the fulfillment of living a country lifestyle.

I have a clear memory of her making elderberry jam one day, using a recipe she had honed over forty years—a routine she had perfected through experience. She moved around the kitchen not only with efficiency but with a sense of significance that was evident to everyone. She took her kitchen business seriously, and I also saw the light in her eyes as she explained the steps of the process, recounting the many times she had made the same jam with people who had long since passed away. The gravity of her experience and skills struck me, and I have never forgotten the lesson I learned that day about self-sufficiency and the importance of family.

Her stories and teachings led me to interests in gardening, canning, family dinners, neighborhood projects, camping, hunting, fishing, recycling, do-it-yourself jobs, and other activities that seem to have been forgotten or are less prevalent as society moves to a more disposable mindset. Instead of saving and repairing things, many people have shifted to the more modern idea of replacing things, whether or not they are broken. People would often rather buy than build, replace than repair, and throw away than re-use or recycle.

At age twenty-four, I feel blessed to have spent so much time with my great-grandmother. Seeing things through her different perspective has been a great gift, instilling in me the importance of family and the value of elders. I know that my interest in self-sufficiency and the outdoors is partially rooted in her stories and the memories she shared. With her guidance, I have found how to step away from the fast pace of modern America, through gardening, canning, and raising small farm animals in Burley. And I hope to influence others in the same way she influenced me. Perhaps I’ll have the opportunity to cook for my grandchildren, passing on years of accumulated wisdom over food and coffee. 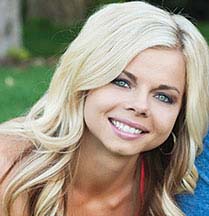 Takisha Brinkerhoff was born and raised in the Twin Falls/Burley area. Recently married and expecting a baby in July, Takisha will graduate with a teaching degree in the fall of 2017. She says she leads “a full and blessed life that I attribute to the wonderful family that surrounds me,” and she hopes to keep traditions and values alive through practice and teaching them to the younger generations.
View all posts by Takisha Brinkerhoff →