An Idaho Town That Survived Because It Had a School

My knowledge of Princeton begins with a monkey. My paternal grandfather, Robert Karr, was born and raised on Hatter Creek, which flows into the Palouse River on the south edge of Princeton. The four-mile walk into town took him about an hour, and on occasion he’d pick up bottles along the road to sell at the Princeton Tavern. A woman named Juanita ran the tavern, and Grandpa remembers her as trim and tidy, with a flowered dress and curled hair. Juanita had a monkey. 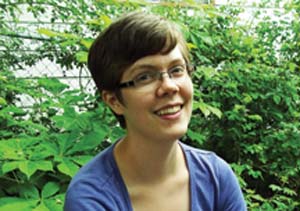 Tara Roberts is a lifelong Idahoan who grew up in Laclede and now lives in Moscow with her husband, Tim. She spends most of her time chasing their sons, Henry and Danny, and their dog, Lenny, but also fits in work as a freelance writer and editor.
View all posts by Tara Roberts →
ORDER BY MAIL