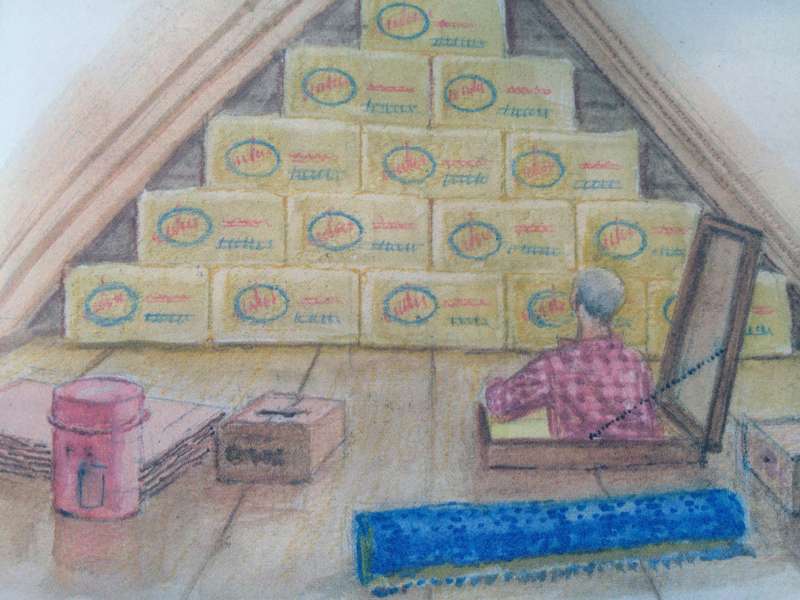 To a Child of the Great Depression, the Same Old Stuff Never Gets Old

The time has come, my friend Al said,
To speak of many things:
Of bricks and rags and scraps of wood,
Of nails and worn out springs.

My usual excuse for picking up run-over gloves, rusty washers, and other lost and discarded objects is that I am a child of the Great Depression.

I was born in 1934 and thereby missed, or was at least unaware of, the financial and weather-related problems of the 1930s. But my parents didn’t miss them. Their parents had tough times, too. Nothing went to waste in any of those households. Whatever the reason, I am what is known in polite circles as a pack rat. If there is a glimmer of potential use remaining in a container, or a piece of wood or wire or cloth, or whatever­­—the list is virtually endless—it joins a wealth of similar objects in the storage location of our Caldwell home that I fondly refer to as “somewhere.” My filing system is simple. If it has come in the door, it is still here. Somewhere.

Numerous examples come to mind, but the fifteen or so banana boxes we bummed from a supermarket produce manager when we moved to Georgia in 1965 will do. Anyone who might see them would surely agree that they are fine boxes indeed, and they served us admirably during the several moves we have made over the years since then. Empty boxes, however, do take up critical storage space, so several years ago I spent a couple of weekends creating room for them. First, I cut a hole in the ceiling of the garage and manufactured a great door for it. Next, I built a beautiful ladder out of two-by-fours and hinged it to the ceiling, so that it can be raised and lowered by a very clever pulley system of my own design. Eight sheets of half-inch plywood (A/C grade), sawn in half lengthwise to fit through the hole I’d cut, became a good, solid floor, and voila’, problem solved.

Les Tanner is shown here with his late wife, Ruby, to whom he was married for more than sixty years, and who also was on the staff of IDAHO magazine. When Les, a retired teacher, isn’t working on the magazine's calendar, proofreading, fishing, writing, playing pickleball, or pulling weeds, he’s out looking for Jimmy the cat.
View all posts by Les Tanner →
ORDER BY MAIL