This story is offered free in its entirety.

For millions of years, the earth’s crust has moved over the volcanic Yellowstone hotspot, altering the landscapes of Oregon, Nevada, Idaho, Montana, and Wyoming. The hotspot has spawned major eruptions that have blanketed large portions of the United States in ash, and have created some the region’s most spectacular landmarks, including Craters of the Moon National Monument and Yellowstone National Park itself. Recently, in my capacity as the geothermal program manager at Idaho National Laboratory (INL), I began trying to help Teton Valley harness a tiny percentage of the hotspot’s power, which we hope to combine with snowmelt from the Teton Range for the creation of an aquatics center.

Residents of Driggs, Victor, and Tetonia as well as the people of neighboring Alta, Wyoming, don’t have a community pool. That makes it hard for swim teams, recreational swimmers, therapy patients, and kids who are learning to swim.  With funding from INL, I began to study whether geothermal energy actually could power an aquatics center. Officials from the town of Driggs worked with me, as did board members from Teton Valley Aquatics, a nonprofit that was formed specifically to design, build, and operate an aquatics facility for area residents.

The anchor point of our analysis was a decades-old well drilled to explore for fossil fuels in Teton Valley. While the well never produced any oil or gas, the water pressure was so high that hot water gushed out of it. Using a U.S. Geological Survey report and data from the well, our team created a model of the potential for a geothermal well elsewhere in the valley. The model didn’t confirm such potential for certain—I consider it to have been a high-level sniff test—but the results were very promising. 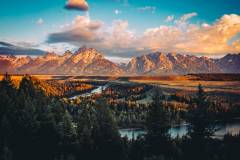 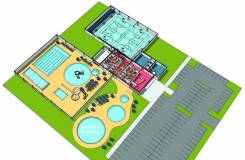 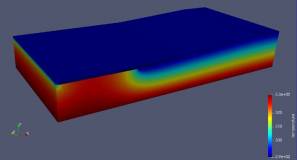 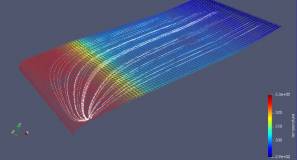 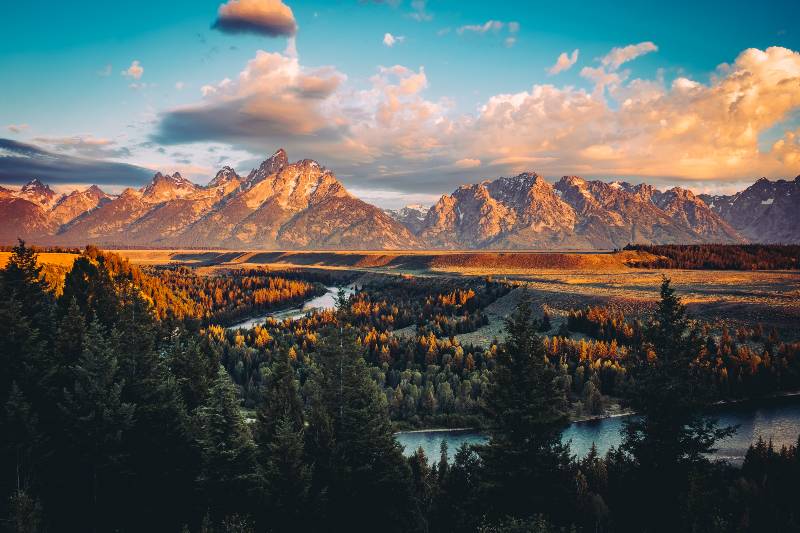 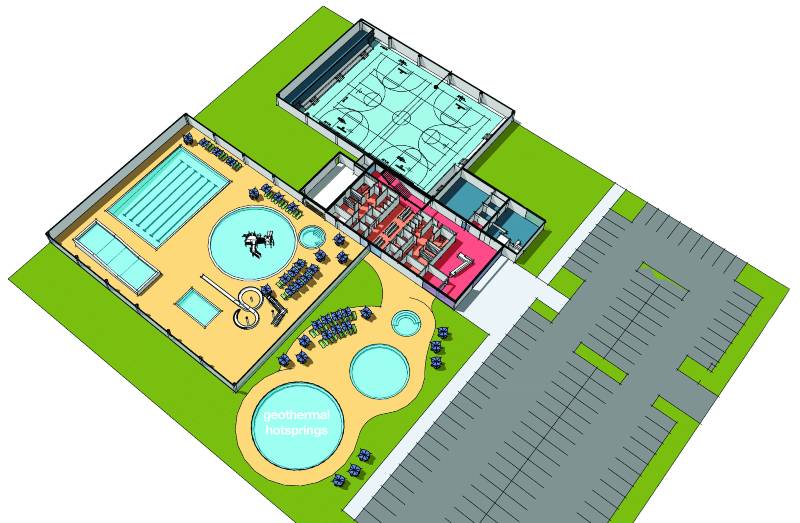 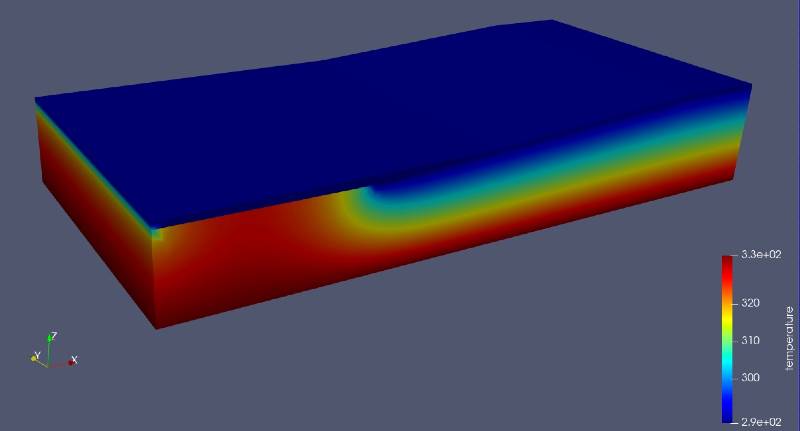 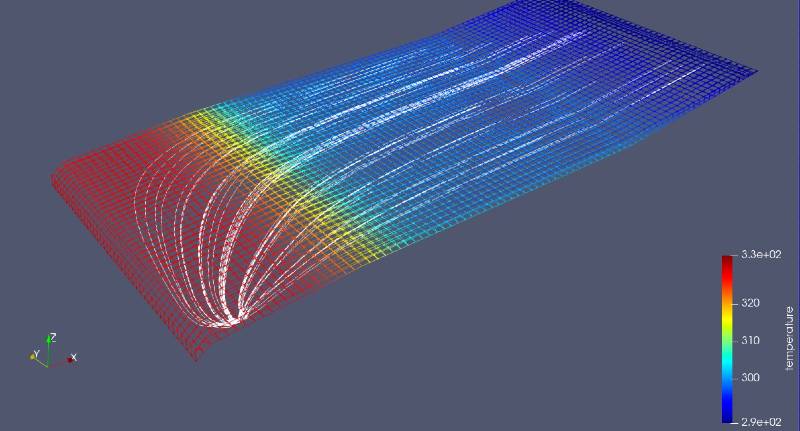 The drilling of another well has been proposed for this spring and will be paid for with private donations. It could confirm the results of our study by providing enough hot water for the new aquatics center, which would be built along the road to Grand Targhee Resort. It’s possible this geothermal resource not only would allow the aquatics center to operate with few carbon emissions but would pay for most, if not all, of its overhead costs.

How did we get so lucky? Well, Teton Valley’s geothermal potential is the result of a rare combination of the geology of the Tetons and the geophysics of the hotspot. As you move west in the valley, the geologic structures underlying the surface formations go deeper underground. But just east of Driggs, outcrops right near the top of Fred’s Mountain and Peaked Mountain have some permeability: they can transmit fluids. Water from the Teton Range seeps into that permeable limestone formed hundreds of millions of years ago, which runs along the crest of the mountains. In theory, melted snow or rain at the top of Fred’s Mountain will travel underground through the limestone all the way to the valley floor. A cap of tight sediments deposited in the basin over the last ten thousand years traps heat from the hotspot and maintains a constant water pressure.

The goal of our study was to see if data from the exploration well and the USGS survey matched a model of how the valley’s geology interacts with water flow from adjacent mountains. Does the system provide a sustainable source of hot water that could be used by the aquatics center? Encouragingly, the data pointed to two distinct reservoirs, a shallow one and a deep one. Our model suggested that the deep reservoir could provide a thousand gallons per minute of water at a temperature of 110 degrees Fahrenheit for at least ten years. It’s likely the water would flow for an even longer period of time at a rate and temperature sufficient to operate the aquatics center. Even though our results were preliminary, I’m betting there will be a lot of excess heating capacity from the proposed well, which could heat houses and businesses downtown.

We also tested whether the water itself might be suitable for a swimming facility. When minerals dissolve in hot water, it can get nasty. We looked at the water chemistry and compared the rock type with nearby hot springs and cold springs. Our conclusion was that the chemistry should be favorable as well.

I was gratified that Teton Valley Aquatics called our study “a huge contribution,” whether or not geothermal energy ends up heating the aquatics center. The study was funded by INL’s Technical Assistance Program, which makes it possible for small businesses and state or local governments to get a little free help from INL scientists and engineers.  If the results of our investigation hold up, adding a geothermal well could save the facility about $140,000 per year in utility costs. Add to that the potential for district heating or generating electricity from the geothermal well, and the aquatics center could be revenue neutral. The nonprofit envisions outdoor hot tubs that could provide a tourist attraction similar to other Idaho aquatics facilities that rely on geothermal energy, such as Heise Hot Springs and Lava Hot Springs.

The next step is already underway, as Teton Valley residents raise funds for the new well that could confirm the INL report. The drilling rig will need to go down about two thousand feet to encounter the Madison Limestone that contains the deep reservoir of hot water. The well will be donated to the town of Driggs, as a partner in the project.

Even though our funding has run out, I plan to volunteer my help with modeling the geothermal potential of the new well site—mostly because it’s a worthwhile project, but also because I want to know firsthand how things turn out. 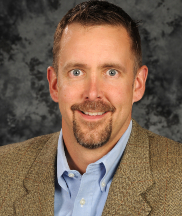