Posted on by Emily Miller

Diversity in a Small Package

We rolled into Rexburg with two giant moving vans in the middle of February 2019. The previous owners of our new home had left a couple weeks earlier, giving the Rexburg winter plenty of time to dump several feet of snow around it. Despite the frigid conditions, we were met by about twenty neighbors and members of our church congregation, who helped us unload all our belongings in a couple hours. As the group finished unloading the second truck, one young man jokingly asked, “Where’s the third truck?”

A group of teenage girls had been by the house earlier to “heart attack” our house by taping paper hearts with kind messages to our front door. We could see their tracks in the deep snow that buried the steps leading up to the house. After the trucks were unloaded, one of our neighbors returned with a casserole, right out of the oven. We felt welcomed indeed.

Soon after the move, my husband David and I were invited to a new faculty orientation at Brigham Young University–Idaho, where David was a new professor. University President Henry Eyring said of making the choice to move to Rexburg, “You’ve gotta wanna.”

Let’s just say people don’t generally come to Rexburg for the great weather. Data show that average low temperatures from December to February are usually in the teens, but it’s not unheard-of to have a day fifteen or twenty degrees below zero. On the bright side, if you love sweaters, you can put them to good use for seven or eight months of the year. The mild summers are lovely and green if you can outlast the long winters and the windy springtime. 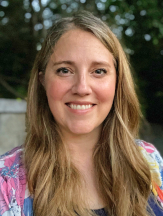 Emily Miller is a native of Twin Falls who now lives in Rexburg. She and her husband David have three children. Emily is the owner of RexburgCommons.com and a freelancer for EastIdahoNews.com. She is also the media manager and an event planner for the Rexburg Cultural Arts Department.
View all posts by Emily Miller →
ORDER BY MAIL