Last fall, I hiked into the Snake River Plain northeast of my home in Twin Falls and stood surrounded by sagebrush as far as the eye could see. Silence reigned, and I felt isolated. There appeared to be nothing of interest in such lonely and ordinary-seeming surroundings, even though the joke has it that you can talk to plants as if they really listen to what you say. I considered sharing my thoughts aloud with the sagebrush but it just seemed far too silly. Instead I settled for practicing meditation, from which emerged a thought about Nature’s web of connections.

We’ve all heard that plants can respond to music, but what does this mean? Could it be something more is going on than most of us are aware of? This thought inspired me to do some research into things we cannot see. I discovered that scientists are beginning to ask exciting questions about sagebrush, including how complex this seemingly simple organism might actually be, and even if it communicates.

The first scientific paper that caught my eye, in Ecology, Environment & Conservation, was written in 2017 by Martin S. McMunn at the University of California, who studied mountain sagebrush, which is native to Idaho and other western states. His paper explained that many plants respond to being eaten by bugs or larger animals by using various defensive techniques. This is why sagebrush has a distinctive smell: it’s the plant’s defense, to help ward off whatever might want to consume it. But the chemicals that plants exude for protection take energy to produce and can also make the plants themselves sick, which is why they have evolved the ability to emit such chemicals only in response to being threatened. These circumstances can change with the seasons, with time of day, with drought, and even with the plant’s age. 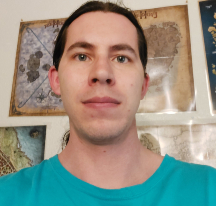 Shiva T. WhiteHawk lived in many homes and had numerous pets when he was growing up. Inspired by these experiences and by camping trips he took with the Boy Scouts, he wrote stories. He became an Eagle Scout and was admitted to the Order of the Arrow, the scouts’ honor society for leadership. Now a student at the College of Southern Idaho, where he also is in a leadership honor society, Shiva lives in Twin Falls, and is a single dad of one child.
View all posts by Shiva WhiteHawk →
ORDER BY MAIL