Cycling and Rafting the Canyonlands

The gravel road ahead was the only sign of human presence, a linear path across the rolling tan hills marked with the dark green of an occasional strand of mountain mahogany or juniper. Ahead a gray cloud of dust foretold the arrival of a vehicle and I moved my bicycle far right—never far enough to escape the dust or the incredulous scrutiny of a vehicle’s occupants. But even a dust-covered pickup pulling a cattle trailer seemed an anomaly here. The cacophonous bouncing of metal and wood nearly drowned the brays of barely visible cattle as the truck passed, the sounds slowly ebbing and then dissipating into silence. A welcomed isolation returned. Not a human in sight: this was an ideal place to escape the coronavirus. The distant horizons and the mammoth arch of blue sky dwarfed the infinitesimal virus. For generations people had come here to profit—some from silver, some from cattle or sheep. I had come for what was in abundance, the solitude.

The area surrounding the Owyhee River in southeast Oregon and western Idaho is sparsely populated and often inaccessible. Owyhee County covers more than 7,600 square miles, yet the population is fewer than twelve thousand. The small group of cyclists I had joined had chosen this route, in part, to escape the pandemic. Largely self-sufficient, we intended to avoid people and thereby the virus. The Pandemic Tour, I mused. Having pack-rafted the upper reaches of the Owyhee River earlier in the year, I knew the scale of social distancing would be miles, not feet. I had seen more bighorn sheep than people on the Owyhee River. Like many who had visited and then left during the area’s tumultuous history, we would only be passing through, a momentary respite from the nagging concerns of the virus in a rugged, largely forgotten land. 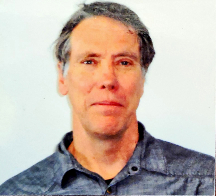 Kevin Briggs enjoys the contrast of his legal work as an assistant public defender to the exploration of the natural beauty of the Pacific Northwest, a beauty he sometimes tries to capture in writing. He is avid cyclist who attempts to find reward in the highs and lows of that sport. He lives in Oregon.
View all posts by Kevin Briggs →
ORDER BY MAIL