Posted on by Stefano Carini

Since childhood, I’ve had a fascination with clouds, but when I went to Pebble Creek, near Inkom, for a sunset photo-shoot on a beautiful night in August 2011, I didn’t expect a thunderstorm brewing. As it grew cloudy to the west, black storm clouds formed to the north, while the sky in the south remained blue. The thunderhead over the hill, facing east-southeast, was lit by the setting sun. Not surprisingly, I call this photo, “Dramatic Clouds.” 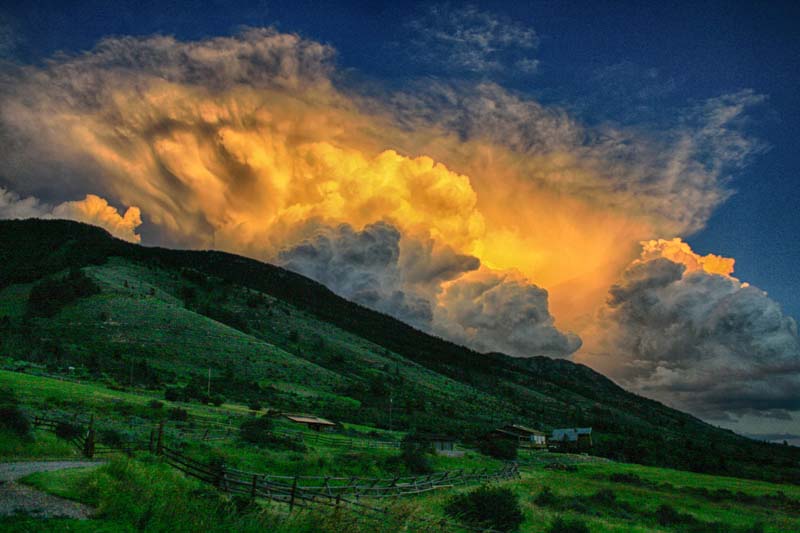 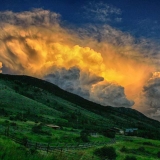 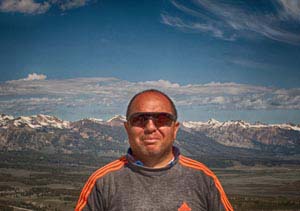 Stefano Carini describes himself as “of Italian descent living in southeast Idaho, and crazy about landscape photography combined with clouds.” The wild outdoors is very close to his home in Chubbuck, and hidden gems such as an old barn or abandoned homestead are plentiful. Even so, he says, “I still love to hit the road with my wife in search of more.” See his images at www.carinistefano.com.
View all posts by Stefano Carini →