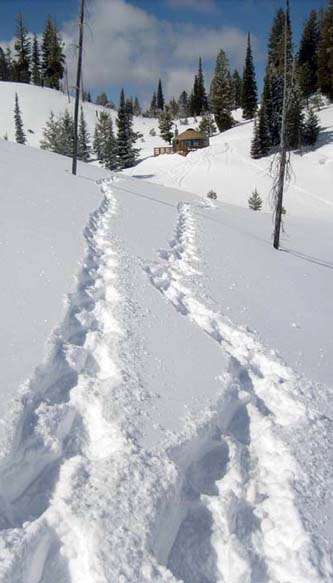 Posted on by Alex Thatcher

One summer weekend, after we had grown tired of the bike paths around Boise, it seemed time to explore other options. I had no idea where we were going, but I liked the direction, Idaho City.

There are all kinds of things to see and places to go out there, and the driver, my friend Johnna, who was then my girlfriend, knew I wanted to go someplace I’d never been. The car stopped. I look around dazedly, sleepy from the non-stop switchbacks. The someplace I had not been was Banner Ridge.

It was a bright and shiny day, and my energy instantly returned, but as we began the ascent of Elkhorn Loop, it quickly left me again. The incline was murder. I pushed my bike all the way, unable to find traction in the steep trail of loose dirt. Banner Ridge came quickly enough, though, and the view was worth the work. And then we came upon parked cars. “Johnna, we can drive on this trail?” I yelped. She answered that this is what she had wanted to show me: the Banner Ridge yurt. Everyone had driven up here to stay at the yurt. She said she wanted to stay here some time during the next winter, and I had to agree it was a good idea. 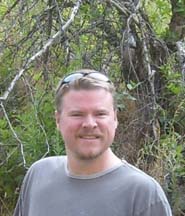 Alex Thatcher moved to Idaho in 1979 and never left. When not at work as a test engineer he can usually be found in the Boise foothills during summer and Bogus Basin in winter. He has a writing degree from Boise State University, and is a member of Southern Idaho Mensa.
View all posts by Alex Thatcher →