A Soccer Fan Gets His Wish

For millions of people, soccer isn’t just a sport, it’s a way of life that sometimes can border on near-religious devotion. Throughout most of my life, I’ve loved soccer with just such a fervor. But growing up in Idaho Falls, I didn’t have a congregation to worship with. I didn’t even have friends who watched soccer or could name any major players or teams.

I first fell in love with the game around twenty years ago, after watching matches during the World Cup. Back then, it was hard to follow soccer outside of the World Cup. Major League Soccer (MLS) didn’t exist until I was nine years old, and even then, there wasn’t a team within driving distance until my senior year of high school, and that was still a three-and-a-half hour drive away in Salt Lake City.

There’s a phrase among fans in England: “Support your local.” It means fans should support their local team no matter the level they play at or the quality of the soccer. Whether your team is the biggest club in the competition or a small amateur squad made up of members of the town, if you love the sport, you should make an effort to support your local club. I grew up longing for a local team to support, and when MLS started to gain popularity in the U.S., I held out hope that a team would pop up near me. Real Salt Lake was founded in Utah in 2005, but as I said, I didn’t feel a true connection with that team. I couldn’t go to games regularly and the contests weren’t easy to catch on TV in Idaho. 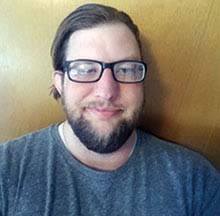 Nathan Davis is an award-winning writer who has worked professionally for more than a decade. An Idaho native who grew up in Idaho Falls, Nathan studied communications and journalism at Weber State University, where he worked on the campus newspaper as sports editor and editor-in-chief.
View all posts by Nathan Davis →
ORDER BY MAIL