The Bait That Got Away

With a Little Help

All the women’s magazines I read back when my husband Ronnie and I were first dating claimed that the way to a man’s heart was not through his stomach, as those old wives’ tales suggested, but by showing an interest in what he liked.

We met forty-five years ago, when we both were stationed at Mountain Home Air Force Base. I was one of twenty-two women on a base that, at the time, housed two hundred men. On our sixth date, Ronnie invited me to go fishing. I should have seen it coming when he advised me to wear my combat boots. 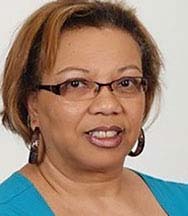 Carol Gee is an Air Force veteran who holds a master of arts degree, did a short stint as a mental health clinician, and worked in higher education at the university level for close to twenty-eight years. She is the author of four books. Her writing has appeared in Woman’s World and numerous other magazines.
View all posts by Carol Gee →
ORDER BY MAIL