Frosting on the Pumpkin

Posted on by Roxie Olmstead

When the frost is on the pun’kin” brings to mind images of grain shocks in the field surrounded by golden pumpkins, Indian corn, squash, and fall leaves, right? Not for me!

It was that way in the days B.C. (Before Cholesterol) but now, the phrase starts a VCR in my brain that shows videos of large pieces of golden, spicy pumpkin pie, thick brown crust, and a dollop of whipped cream. That’s right—even though I stick to a diabetic diet, I eat pumpkin pie.I went a good many years without dietary restrictions, and then reached an age of accountability, sixty-two. When the doctor said my cholesterol count was too high, I thought of it as something temporary, like the flu. But when diet alone did not reduce it adequately, I was placed on cholesterol-lowering drugs and advised to continue to watch my diet. I had to accept it as something that was not going to go away entirely and made a lifetime commitment to a low-calorie, low-cholesterol diet. I always enjoyed cooking and experimenting with new recipes. 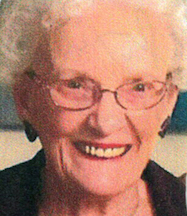 Roxie Olmstead took up writing in her late-fifties. A Garden City resident, she has lived in six states, providing many experiences to use in her writing. One of her poems was published when she was sixty and today, at age ninety-two, she has published more than two hundred pieces and continues to write in various genres.
View all posts by Roxie Olmstead →