A Piano Restored, A Pianist Rediscovered

“I  can feel her presence, Mike,” said my friend, Steinway technician Paul Schiller, as he surveyed numerous parts of a big old grand piano he was restoring that were strewn about the basement of the Esther Simplot Performing Arts Academy in Boise. Big, as in a seven-foot three-inch grand. Old, as in 1878.

“Really!” I said. “What does her presence feel like?”

Paul believes he has an aptitude for clairvoyance because of a few episodes in his life that he feels guided him to this career, to this location, and that ultimately led him to this instrument.

“It’s hard to explain, but it’s a sense that comes to me from an outside source.”

That source was feminine and gentle, he said as he stroked the ivory keys, which showed indentations from the fingers of the piano’s original owner, Carrie Cartee. She played it often, from 1878 when it arrived in Boise from the Weber Piano Company’s factory in New York until her death in 1936. Over the four years Paul worked on it, the piano became, to him, a medium to Carrie’s spirit.

Idaho’s dry air and the fact that Carrie’s kids and grandkids took good care of the instrument are the keys to its longevity. Its world-class quality, combined with the training and dedication of a master piano technician, were also essential. For four years, Paul devoted his off-hours to the piano’s restoration in the basement while its permanent home-to-be, the Idaho State Museum on Julia Davis Drive in Boise, underwent a major remodeling and expansion before reopening in the fall of 2018. 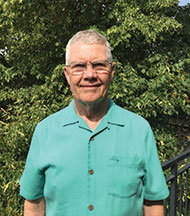 Mike Winter is a lifelong lover of classical music and hobbyist at the piano, whose life calling has been bringing together audiences and music as a symphony orchestra and opera executive director, music critic, and adjunct professor of music at Boise State. He came to Boise in 1982 as executive director of the Boise Philharmonic. Mike currently produces a five-concert series of recitals by professional pianists. See: starsofsteinway.com.
View all posts by Mike Winter →
ORDER BY MAIL