The Courage to Continue

Posted on by Sophia A. Franklin

A Transgender Woman Describes Her Struggle

By Sophia A. Franklin

Three years ago, a young man with a sweet face and curly hair sat next to me in a Boise bar. We were mere acquaintances at the time but this young man, who soon would be reborn as Sophie Hughes, confided in me about a lifetime of personal struggle to become the person she is today.

My heart was warmed by the privilege of someone who didn’t know me well feeling comfortable enough to share something very important that was difficult to share with anyone.

I thought perhaps she knew of my upbringing, although later I realized this was incorrect. Parts of my childhood were spent in Bangkok, Thailand, which is famous for its “lady boys”—men who dress, act, and identify as women. Sophie’s situation and her desires were not foreign to me, and in Thailand such individuals are accepted for whom they are. I was unaware then of how difficult it sometimes is for people living in America to be who they want to be.

When we talked again recently about that day, Sophie explained, “I just trusted you. I sensed empathy and understanding. We were talking about gay rights, and you had a pro opinion.”

Society calls Sophie a transgender woman, which means she was born a male but throughout her life has identified as a woman. Now age thirty, she described to me the transition she is undertaking. “I’m going through the process of hormone replacement therapy. I’ve always been a woman in my mind and in my heart. I’m just trying to get there now physically.” 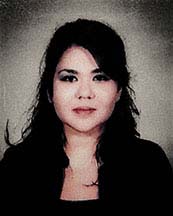 About Sophia A. Franklin

Sophia A. Franklin was born and partly raised in Bangkok, Thailand. Traveling since she was six months old, she has been to more than twenty countries, and her experiences have influenced her perceptions of societal norms. A recent graduate of Boise State University, Sophia is a freelance writer pursuing a career in journalism.
View all posts by Sophia A. Franklin →