Posted on by Bill Strange

A Small Town and Its Library

Story and Photos by Bill Strange

I went into the Jerome Library the other day and realized that since I first moved to town in 1998, much has changed—not only inside the building but in me, concerning how I think about and use libraries.

Before I moved here, I probably hadn’t visited a library more than two or three times since leaving college, and I still held the misconception that they were operated by gray-haired ladies who checked out books and shelved them according to some indecipherable system of their own, all the while maintaining the reverent silence of a funeral home. Boy, was I in for a surprise.

The first few years after I retired and moved to Jerome, I worked at two or three temporary jobs, but mostly I checked out books at the library, went fishing in good weather, and read when it was too wet, windy, or cold to fish. When I learned of a used book sale at the library, I bought a bag full of books at a bargain price. I spoke to a lady working at the sale, who invited me to join the Friends of the Library (FOL). The dues were, and still are, ten dollars a year. I’ve been attending the monthly meetings all this time, and am now president of the group.

By 2005, demands on our library had grown to the point that expansion and renovation of the building were badly needed. Thanks to a million-dollar donation from the estate of schoolteacher and longtime Jerome resident Evelyn Crowder, we completed a remodel and expansion of the facility in 2006. 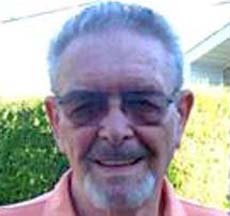 Bill Strange lives in Jerome with three cats. A member of the Western Writers of America and the Twin Falls chapter of the Idaho Writer’s League, he loves fishing, golf, and writing short stories, for which he says he even gets paid sometimes.
View all posts by Bill Strange →