Posted on by Mathew Purtee

To Plant and Replant

My parents, who worked hard their entire lives and raised three children, decided in 2012 to retire on twenty acres in the middle of northern Idaho. My eldest sister purchased a connecting five acres. In the late-1800s, the property had been covered in thick forest but settlers cleared the trees and converted it to agricultural land. From 1948 to 1972, it was used to raise cattle. I offered to pay for planting trees on these twenty-five acres, so long as my family didn’t harvest the timber in their lifetimes. For years, my dream had been to purchase a property, clean up the environmental damage that others before me had created, plant trees, and then fence off the area. I felt that I had consumed so much in this world from Mother Nature that I wanted to give back a small piece of it. This wouldn’t be much compared to what I had taken over a lifetime but I figured at least I could think on my death bed that I had done a little something. My stipulation, which was that the family should not chop down the trees, was an attempt at gaining lawful insurance that humans would not profit from them in the near-term. That way, even if they eventually were harvested, at least they would have a good twenty-five to fifty years of growth, during which they could produce oxygen, contribute to the habitat of other plants and critters, and rejuvenate the soil.

In the end, we split the cost of the trees, which we planted in sections from 2012 to 2019. We turned that acreage into a forest of fully fledged western white pine, the native tree best suited for the area’s climate. Minus two acres for building two houses, we returned to Mother Nature what humans had taken away about 150 years earlier. The total cost was a little more than ten thousand dollars, and the success rate of saplings in the planted sections was fifty percent to eighty-five percent. 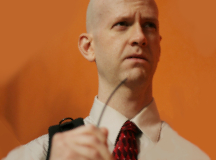 Mathew Purtee grew up in Moscow and in Olympia, Washington. After college, he joined the Air Force and subsequently has traveled in North and Central America, the Middle East, and Europe. He says, “Over time, I realized nothing beats the mountains, hills, rivers, and beaches of the Pacific Northwest.” Currently stationed in Tacoma, Washington, he intends to eventually return to Moscow.
View all posts by Mathew Purtee →
ORDER BY MAIL