A Girl and a Giant

Do you have a place that you have experienced so deeply it has become a part of your makeup? Like, if someone were to study your bones, they would find it there? The Snake River’s Hells Canyon is that for me. It isn’t just the particular hue of green water you see, the sky-scraping walls of rock, the sound of the chuckers’ call echoing through the air, the taste of freedom found in the wilderness, or the smell of exhaust mixed with mists of spray that hits your face as you bounce along the rough water in a jet boat. These features, combined with numerous memories along the thirty-three-mile stretch of water from Pittsburg Landing to Hells Canyon Dam, have marked me like waypoints in my heart. They etch a path of love, adventure, and family.

Hells Canyon is the deepest river-cut gorge in North America, deeper than the Grand Canyon. This section of the Snake River, managed by the Wallowa-Whitman National Forest of the USDA Forest Service, is found along the borders of Idaho and Oregon. Peoples of long ago left their fingerprints on the history of its banks in the form of ancient rock art, some of them members of the Shoshone and Nez Perce Tribes. This area, designated a National Wild and Scenic River, includes a long stretch that is accessible only by trail or boat. The river boasts Class IV rapids, the most famous of which are Granite Creek and Wild Sheep. It is also home to the prehistoric river monster, the white sturgeon, the largest freshwater fish of North America, which reaches lengths of more than ten feet and can exceed one hundred years old. Those facts have inspired wonder and intrigue in me since I was a little girl. 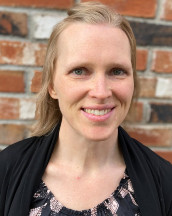 Kendra Nemeth is an Idaho native who was born in McCall and raised in New Meadows. She currently lives in Connecticut with her husband and three young sons, but her heart remains in the wilds of Idaho.
View all posts by Kendra Nemeth →
ORDER BY MAIL