The Professor and the Novice

Posted on by Connie Loveridge

He came into class that day in 1984 dressed in a brown corduroy sports coat, blue jeans, and cowboy boots that showed some wear. Almost the first thing he said to us was, “If you haven’t already taken English 101, this is not the class for you.”

I cringed, because now that we’d moved from Seattle to Lewiston and I couldn’t find work in my field, I’d finally been able to sign up for my first college course. It had to fit into a schedule that worked with driving my children to and from school. Despite the professor’s warning, this literature/poetry class sounded swell, so I decided to stick around and see if I could hack it. The first assignment that day was to write a list of ten words that appealed to our ears.

He started the following class by saying he wanted to read someone’s ten words. They were mine, and he began reading, “Calliope, symmetry,” as though he were savoring each one, emphasizing each syllable. That was it. I was hooked. There was no way I was dropping his class now.

Every session was a new adventure, as he took us through a very enlightened version of Hamlet that included his own humorous take on parts of it. He’d lean on the lectern, elbows propped, one boot hooked over the bottom rung of the stand, and in very colorful language tell us about the “good” parts we might otherwise have missed. I wrote papers on that play and on The Little Foxes for him. He knew I’d always have something to say in his class, and called on me frequently. I had such a crush on him, as I loved everything he was sharing with us, and he was a young guy, maybe trying to appear older with his moustache, as part of his professorial look. 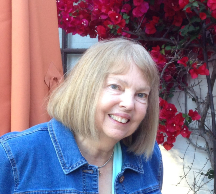 Connie Loveridge was raised on a wheat ranch in Montana. Her father was a great storyteller, and she would like to follow in his steps, so is currently enrolled in a creative writing class with that goal in mind. Connie is a workers’ compensation consultant who has resided in Seattle for many years.
View all posts by Connie Loveridge →
ORDER BY MAIL