The Rock in the River

Posted on by John Hooley

When I  was four years old, I had a magical thought. It was just after lunch and I wanted to see what the linemen were doing with a new telephone pole they were putting in at the end of the road in Indian Cove, near Hammett. I had a sudden intuition that my parents could hear what I was thinking. Rather than telling them what I wanted, I thought at them, “I’m going to see the linemen.”

Then I walked the quarter-mile down the gravel lane that cut through our alfalfa field to the mailbox and climbed up on a big mound of dirt next to the hole for the telephone pole. I remember playing in the dirt until one of the linemen said, “I think your mom is looking for you. Does she know you’re here?”

In the distance, I saw my mother running by the trees that bordered our house to the chicken coop and then back to the house. She went to the edge of our lawn, an embankment overlooking the Snake River. I couldn’t make out what she was yelling, but she was calling out as she ran. I sprinted home with that terrible emptiness of a serious mistake.  When I told her where I was, she yelled, “Don’t you ever do that again!  Do you know how much you scared Mommy?”

My mom had been searching the embankment because she was terrified I had wandered into the river and drowned. My siblings and I were raised with stories of drownings up and down the river. 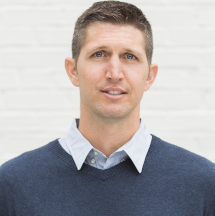 John Hooley is an entrepreneur with a web development company that supports small businesses. He speaks across the USA and Canada on digital strategy. Outside of work he's an avid traveler, climber, diver, and a burgeoning sailor.
View all posts by John Hooley →