The Race That Settled a County Dispute

The basis for the following story is a manuscript written by Jeanette Fox LeMoyne, my great-aunt. The Fox family has been prominent in Hailey since its founding. A building, two streets, a subdivision, and a garden are named after us. We’ve owned three large houses in Hailey. The first one, which burned three times, had a room set aside by the then-owners where I went to kindergarten. It had a ballroom on the third floor, because my great-grandmother wanted Hailey to be a cultural center. The second house is now an inn. The third one is my home.

My Grandfather Earl was the town physician and my father, a farmer named John Fox after his grandfather, owned Quigley Canyon east of town. He planned to run for governor of Idaho but was killed in a tractor accident in 1972. Jeanette, who was born around 1890, was a prolific writer and poet as well as a pianist and gardener. She married an Olympic swimmer in Twin Falls and the couple had two sons. When I was young, my Grandmother  Mildred would take me to Jeanette’s house in Hagerman to gather flowers for our family’s ornate Memorial Day displays. My memories are vague of Jeanette, who lived into her nineties, but my Aunt Geraldine, who is now ninety-three and still selling real estate in Twin Falls, confirms that she was a lovely person. After I found a manuscript written by Jeanette that described the early lives in Hailey of our pioneering ancestors, I edited it and added information from the family’s extensive archives. So I give credit for this story to Jeanette. Here’s how it goes.

Something that occurred in Idaho in the spring of 1881 seemed at first to have no connection to the life of Frances Lovell, who was living in Salt Lake City. But this was one of three events of the year that were to transform Frances from a blonde and petite city girl of Southern birth who loved a fine horse to a pioneer woman of the West. And they would lead to an exciting method of deciding whether Hailey or Bellevue would be the seat of what was then called Alturas County.

The first of these three events concerned John Hailey, a promoter who also ran a string of stage coaches in Utah and Idaho. Through stagecoach gossip, he learned that Bellevue on Big Wood River was agitating to take the county seat from Rocky Bar on Bear Creek near the Boise River. The mines in the Broadford Hills west of Bellevue were producing high-grade silver ore and prospectors were finding rich promise in the hills to the north. Not one to pass up on a venture of potential, Hailey filed a land claim in the desert just five miles north of Bellevue. 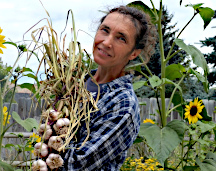 Julie Fox is a performance artist teaching creative modern dance, character development through movement for theater, and storytelling. She also owns an upholstery studio on the old Fox homestead at the mouth of Quigley Canyon near Hailey, where she raised three children and various animals, including lizards, chickens, ducks, geese, goats, and horses.
View all posts by Julie Fox →
ORDER BY MAIL