The Winds of Heaven

Posted on by Diana Gipe

Leading Abused Horses Back to Life

They called him an “untouchable” horse. The beatings and abuse Paco had endured from his owner were so extreme that he wouldn’t let anyone near him.

Now a twelve-year-old mustang, Paco was approximately two when he was first captured by the BLM in Idaho’s Owyhee Desert. After his capture, he was adopted by cattlemen and sold a year later under the name “Not Worth 2 Cents.” For the next nine years, he was sold again and again, and then given away to an abusive cowboy. When it was decided he could not be easily trained, his owner adopted the use of a two-by-four piece of lumber as a means of submission. 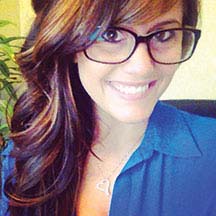 Diana Gipe is an aspiring vocalist and writer who has a thirteen-year background as an executive administrative assistant. A volunteer for numerous organizations, she is an advocate for those in need. She lives in Boise with her husband Andrew and their dog Roscoe. Diana volunteers nowadays for Idaho Horse Rescue, whose website is at idahohorserescue.org.
View all posts by Diana Gipe →
ORDER BY MAIL