Through a Kid’s Eyes

The Silver Valley is in an interesting situation nowadays. Renewable resources are on the rise and many of those products and systems require metals, including silver, which has fueled interest in reopening Silver Valley mines or increasing production within those facilities that are still operating. One such effort now underway would reopen the Bunker Mine. A key challenge would be to employ mining methods that are more environmentally sustainable than those that led to ecological devastation of the Silver Valley and other mining sites around the nation. In one part of a series by John Vivian about the joys of growing up in Kellogg, IDAHO magazine’s June 2021 issue carried his darker description of the toxic fumes of Kellogg mines (“Shacks and Smelter Smoke”). Here, Doc McCoy offers his recollections of Kellogg in the heyday of the Bunker Mine.

I was born in the Silver Valley in 1951 and remained there until 1969, when I entered the U.S. Navy. Like most, I was an “Uncle Bunker” kid. My dad was a policeman and then police chief for Kellogg, but I don’t remember much about that because around the time I was born, the Bunker Hill Company lured him away from that job to become the company’s chief of security. My earliest memories are of living on Smelter Heights, so named because the Bunker smelter was a few hundred yards away. Smelter Heights was company housing—everyone who lived there was a Bunker employee. Smelter Heights and its neighbor, Deadwood Gulch, became the center of one of the nation’s largest federal Superfund environmental cleanup projects. At the time, the mountains that surround the Silver Valley were bleak and mostly treeless. The combined effects of the huge 1910 fire and ever-present pollution made it nearly impossible for substantial forest to grow.

While for many, the Bunker was the villain in the valley’s downfall because of its pollution and non-compliance with regulations, most people seem to forget that in the mining industry’s infancy, there were no pollution standards. By the time those standards were developed, the valley had a long history of entrenched pollution practices, not just by Bunker but by all the mines in the area. For example, the creek that ran through Kellogg, dubbed “Lead Creek” because of its gray color, was gray long before it hit town. All the mines dumped their tailings into whatever creek was nearest, and they pumped all their runoff into creeks as well. The people living in and around the Bunker smelter had long since grown used to the smell of smoke. No one liked it, but a phrase heard often back then was “smells like money to me.” 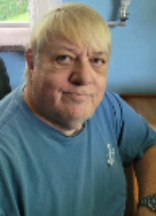 Mason "Doc" McCoy was born in Kellogg in 1951 and worked for the Bunker Mine during his senior year in high school. After graduation in 1969, he entered the Navy and retired as a senior chief hospital corpsman following twenty-four years of service. He now lives in western North Carolina.
View all posts by Mason "Doc" McCoy →
ORDER BY MAIL