When I was growing up on our family ranch east of Darlington in the Big Lost River Valley, I never gave much thought to Leslie, a little settlement a few miles northwest of us on US 93 that consisted of a post office and mercantile store. Maybe that was because I had a habit of looking ahead. In the school year, my thoughts during the eighteen-mile morning ride on the bus from our ranch to school in Mackay usually were centered on spending the day with my best friends, Sheri, Vicky, and Sally. The last stop on that ride was Leslie. The town’s main significance to my three older sisters and me was that once a week we’d get off the bus there and walk across the highway to a little cinderblock home, where longtime resident Marjean Tew gave us singing lessons. When school was not in session, Leslie was a simply a place we motored by on our way to Pass Creek to check our cattle, which grazed the summers away on the grassy hillsides there, and to do a little trout fishing in the clear mountain streams.

Now that I’m older, I find myself looking back at Leslie with more attention.

The late Georgia Perdue Olsen was very good at looking back. She would enthusiastically talk about the area’s history as she rang up our groceries or handed out mail at the Darlington Store and Post Office, which she and her husband Jess operated. She published her findings in 1978, titled Mackay’s Yesterdays. Jess was the brother of Cloyd Olsen, who ran the Leslie Post Office and Mercantile with his wife Ruth.

On May 29, 1888, the Leslie Post Office was opened by a woman who named it after a woman. Clara L. Fury established and ran the community’s first post office in her home, which also served as a stage stop about a mile north of where Leslie is now. She named the new post office after the first pictorial magazine published nationally, called Leslie’s Weekly. Clara loved the magazine so much that she’d ride her horse nine miles to Houston every week to get a copy. The post office was moved to her place from Houston, which by then was beyond its mining heyday and had lost its luster. 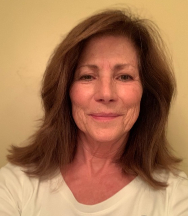 Kathy Corgatelli NeVille says she was blessed to have been raised in a magical place, surrounded by “the best family.” She’s done what she appreciates most in life: being with family, photographing, writing, riding cutting horses competitively, and raising a few cows to boot. Kathy now lives about an hour east of the Big Lost River Valley, and still loves her family ranch there.
View all posts by Kathy Corgatelli NeVille →
ORDER BY MAIL