Posted on June 1, 2015 by The Editors
Photo by John Lewis 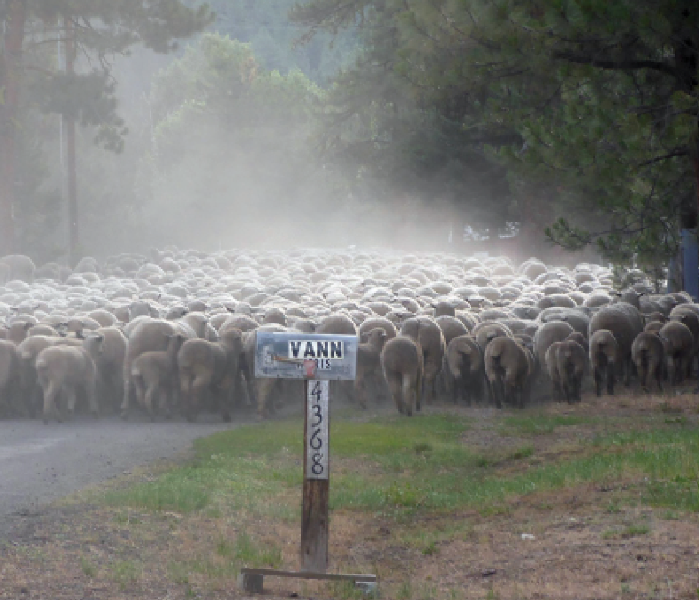 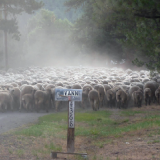 Most folks who travel around the state will have run into a bucolic scene such as the one in this photo by John Lewis, posted on IDAHO magazine’s Facebook page a while back. The image drew both praise and a word of caution, which perhaps says something about our complex times.

Our publisher, Kitty Fleischman, was moved to post, “This is so lovely! It reminds me of the stories my father-in-law, Volney, used to tell. The Fleischman family ran a full band (one thousand) sheep up near Featherville around the turn of the last century. Thanks for sharing it, and letting us share it, Kathi Lewis! We went up there with Volney the summer before he died, and he was distressed to not find any sheep. He was sure if we’d let him cross Emma Creek, he could find some (and probably his dad and brothers). We were equally sure he’d end up in the reservoir. The creek was running fast and deep.”

Most readers were pleased by the nostalgic photo, but a correspondent named Mike McCauley wrote, “Until you see how much damage a band can do to a canyon, creek or trail . . . nice to see a tradition, not so nice to see reality.”  Kitty added, “Spoken like a true cattleman.” She meant that the sheepherders and cattle ranchers haven’t settled all their squabbles yet. And back in the 1920s, Volney spent a night in jail after taking his sheep across a stretch of cattle land. Reader Nancy Grindstaff wrote, “Have to disagree with you, Mike. But beauty is in the eye of the beholder.” Mike agreed that cattle can cause damage, too.  “The photos I take of the damage are not the kind of thing I want to post,” he wrote. “But this photo represents an older tradition and I get that.”

Whatever side you might take in the debate, who could decry such a civil exchange about beauty in Idaho, sparked by an arresting image? —The Editors