Where in Idaho Is This Dog?

The headline is a trick question. The dogs in these pictures aren’t real. They’re products of artificial intelligence (AI) software, generated by typing a phrase in simple English.

It’s called Generative Artificial Intelligence (GAI) and there’s more than one such program that can be tried for free online. There is controversy concerning GAI, particularly because of copyright considerations, which is discussed later in this article.

The most famous such program, called DALL-E 2, was released for public use in April 2022, after the announcement of the first version in early 2021.

The company behind the product, OpenAI, which was cofounded by the ubiquitous Elon Musk, announced a new program on December 20, 2022.

It creates 3D images from text prompts. Called Point-E, it’s available for public use—but you have to be highly technically proficient.

On the other hand, several 2-D picture generators are easy to use and a lot of fun, even though they leave plenty of room for improvement.

My stray dog picture was inspired by a humorous story I had been editing for the January 2023 issue of IDAHO magazine about dog-catching in Marsing. 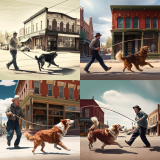 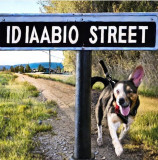 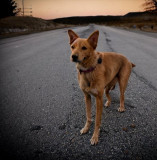 In the same image, the dog has been edited to look more real.

A prompt modified to describe the dog-catcher as "her" was successful.

The writing on the man's shirt in a prompt aimed at identifying Idaho was a puzzle.

This was the best effort at showing dog-catching and an Idaho sign (huh?).

Craiyon's easy-to-use program got good results in depicting a dog. 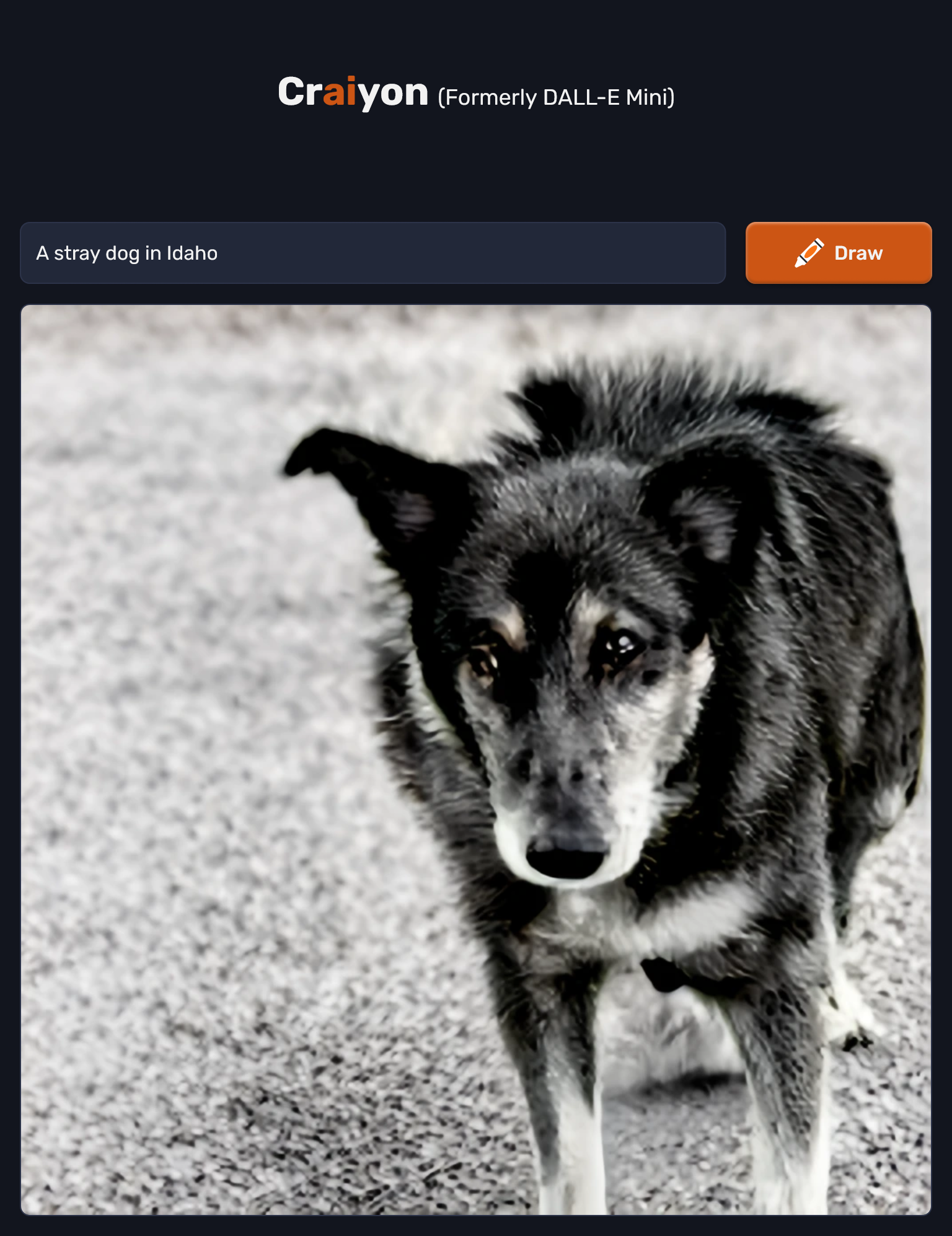 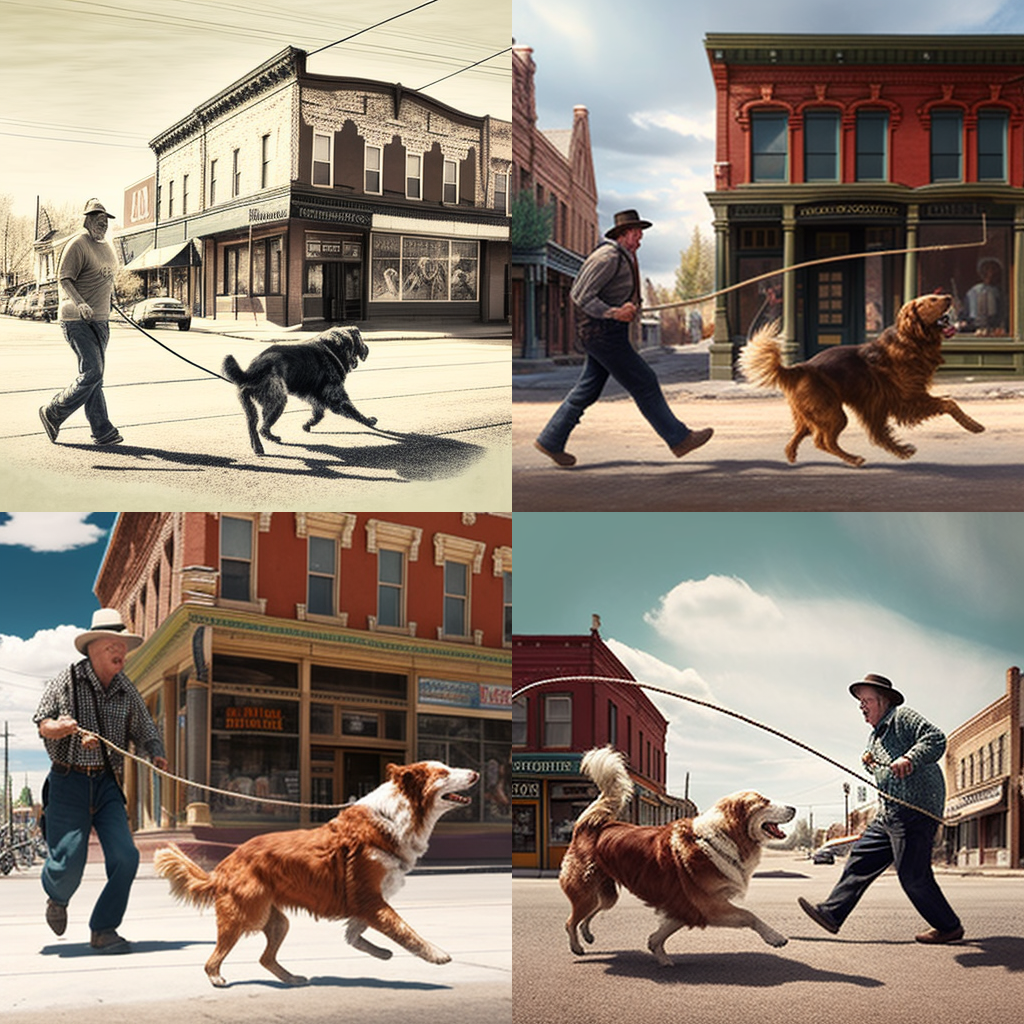 The Stable Diffusion program came up with this for "Idaho Street." 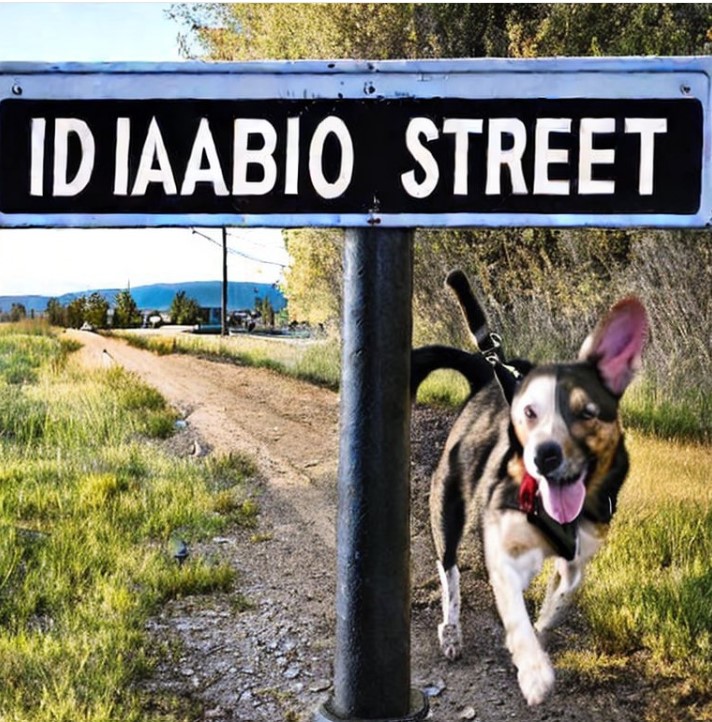 "A stray dog in Idaho" was the best prompt for a Stable Diffusion image. 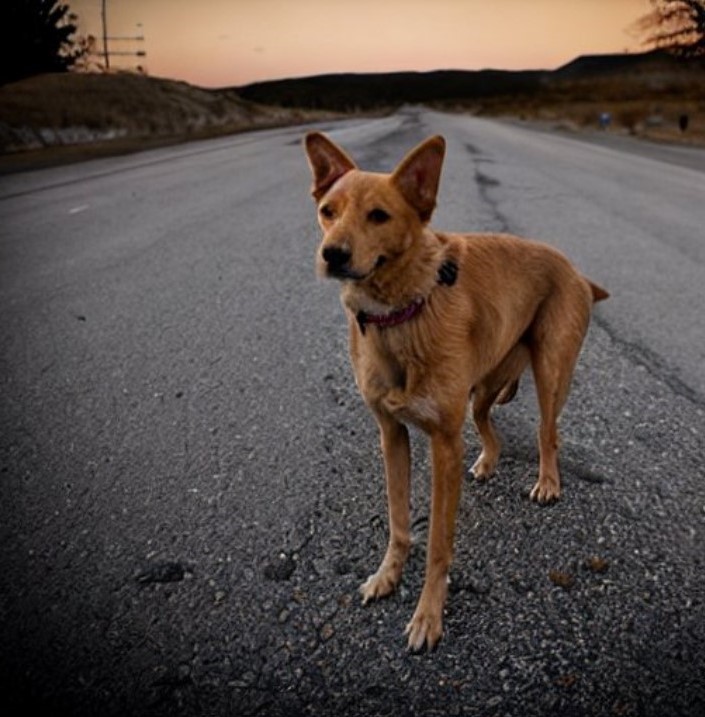 I had begun the process with a phrase or prompt on DALL-E 2 that was more detailed than just A stray dog in Idaho, which I used later with a different program. Instead I typed:

A man with a looped dog-catching stick chasing a dog down the street of an Idaho town.

In each of the four options it produced, the town looked like it could been in Idaho but there was no such evidence. Also none of the sticks had a loop on the end of it.

The images were crudely drawn but I could edit them by dragging a circle across parts of the picture and then regenerating the whole image. I fixed the dog reasonably well in this way.

You also can get variations on the image, and when I tried that, it showed a different person, dog, and background, but the quality was the same.

I modified my prompt several times, trying to make the instructions more precise, but without any great success. When I asked for a sign in the image that said “Idaho Street,” the text was garbled.

Still, the results were promising enough to make me want to check out other GAI programs.

If you’re disinclined to sign up for anything, even if it’s free, you might want to try Stable Diffusion.

All you have to do is type in your phrase and click the “Generate” button. The program warns that you might get an error because of the large number of users but just try again and it most likely will work.

Idaho Street sign next to a dog-catcher chasing a dog.

Again, the street sign words were garbled or in a foreign language, and nobody was chasing the dog.

Also, there was no easy click to download the images generated. You have to make a screenshot if you want to save a picture. If you aren’t sure how to do that, you can google it or ask a young person.

I tried the simple query, A stray dog in Idaho, which produced the nice shot of the dog standing on a highway at sunset.

Another GAI that also requires no signup, just type in your prompt, is Craiyon.

I chose my simplest prompt, A stray dog in Idaho, and got nine quite credible images of creatures, even though the site has the reputation for low resolution.

It also has a handy Screenshot button, so you just highlight the image you like, click the button, and it downloads.

I then sampled a fourth generator, Midjourney, which has about 6.5 million users, a lot of whom create high-quality art, much of it in the fantasy genre.

That’s the one to use if you’re serious about all this, but it’s a bit tricky to get on the site. The easiest way is to choose their option to download the Discord app, which gives you access to Midjourney.

Considering how detailed the images were, I decided to type in my original prompt, A man with a looped dog-catching stick chasing a dog down the street of an Idaho town.

The four options it produced were generally better in terms of interpreting the prompt but no better in quality, at least in their original unedited form, than those of the other programs. Even so, this GAI can produce art of outstanding quality.

Some folks are concerned by what such technology can do. AI learns by imitation and to do that it gathers widely from the internet, even from copyrighted imagery.

Proponents, including developers, argue that humans learn the same way. You could encapsulate their position in the old Beatles’ line, “Nothing you can do that ain’t been done.”

It’s currently a gray area in copyright law. And it’s interesting that anything you produce with one of these programs is yours to keep and use, even commercially.

If you do give it a try, see if you can generate a recognizably Idaho image, and send me a copy. I’d like to see how you did it.