The Race That Settled a County Dispute By Julie Fox The basis for the following story is a manuscript written by Jeanette Fox LeMoyne, my great-aunt. The Fox family has been prominent in Hailey since its founding. A
READ MORE

A Weekly Paper in the Good Old Days By Larry Burke Photos courtesy of the author Today it is an outdoor patio adjacent to a popular bar and restaurant in Hailey’s Main Street business district, a seldom-used space
READ MORE

The Swans of Clarendon

Hailey’s Lost Hot Springs By J.L. Bowman Photos Courtesy of the Bowman Family One of the worst days of my life happened in September 1981, when my youngest sister, Debra, and I went to do some job-seeking at
READ MORE

A Bow over the Big Wood 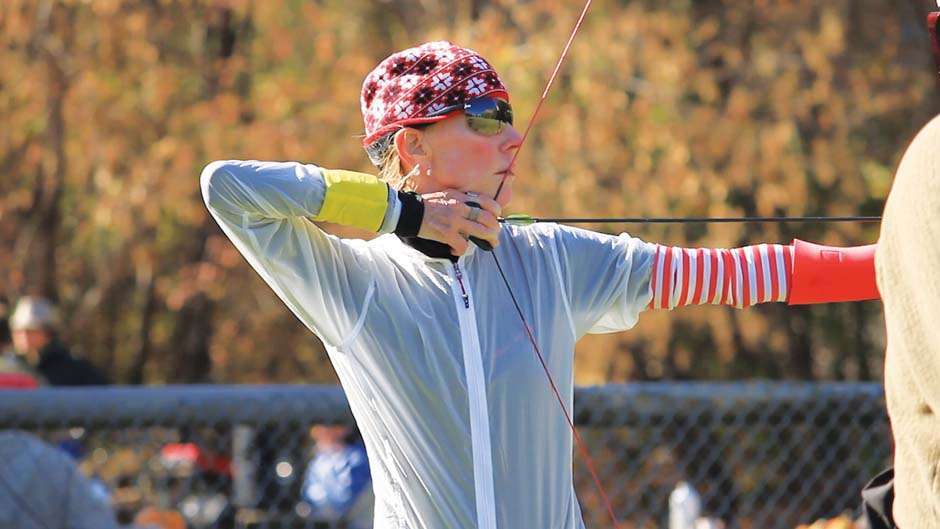 Posted on March 9, 2013 by Karen Bossick / Comments Off on A Bow over the Big Wood

The autumn sun filtered through towering trees as I shuffled through the leaves on the floor of the eighty-acre Draper Preserve in Hailey. Suddenly, I came upon a sixteen-foot steel arrow with three-foot fletches sticking out of the ground.

As I studied the arrow, it became apparent that it was pointing to a new bridge spanning the Big Wood River. But this was not just any bridge. It was a beautifully crafted structure of Douglas fir in the shape of a bow. A recurve bow, to be precise—a target precision-shooting bow, with wingtips that curve away from the archer when the bow is strung, to give the arrow more acceleration.

The 160-foot Bow Bridge’s designer, Sun Valley resident Leslie Howa, stood on it squinting into the sun as she sized up the twenty-pound leaf made of galvanized steel that Erik Nilsen was about to hang from its rafters. “I told the Wood River Land Trust I’m not a bridge builder, but I have an idea for a design like no other,” she told me as she took a breather.

Leslie, who studied at the San Francisco Art Institute, was for years a designer of backcountry and other outdoor clothing for large corporations. She helped start a clothing company that specializes in mountaineering and climbing wear, even while doing industrial community art projects on the side for cities like Ogden, Utah. The bridge, designed for the Wood River Land Trust, helps fulfill a dream that the trust’s director, Scott Boettger, has held of beautifying this area of river ever since he moved here in 1997. Continue reading →