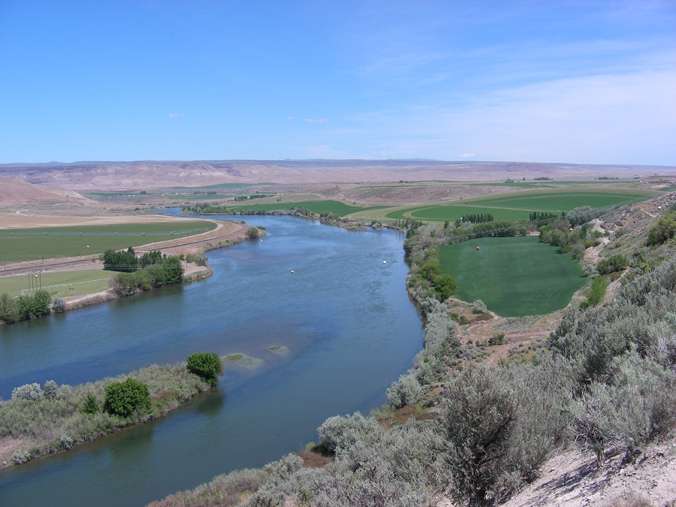 Posted on by Dean Worbois

Once Enlivened by Transportation and Water, Will This Town Fade Back into the Desert?

In the valley around King Hill everyone picked up rocks—and they’re still picking them up. Rocks are piled into fences and have been used to build homes, including the one my mother was raised in west of town. About five years ago, when I first introduced myself to Jean Allen, who now owns the property with her husband Roy, Jean’s first words were, “Well, we’re still picking up rocks” (for that story, see “House of Stone,” IDAHO magazine, November 2008). Roy now assures me he has a big tractor with teeth, and he’s going to get those rocks out for good. Jean rolls her eyes.

Dean Worbois spent ten years pursuing an acting career and hitchhiking around the country during the 1960s before earning a degree from Boise State University. He taught stained glass at Boise State, wrote several books and pamphlets on historical subjects, and has contributed to IDAHO magazine over the years. He produced a weekly half-hour television show on Boise’s public access channel, TVCTV, and has a blog of stories from his life at deansgreatwahoo.com.
View all posts by Dean Worbois →
ORDER BY MAIL