When I first moved to northern Idaho in 1999, I was twenty and green. I had grown up in a family that absolutely did not embrace nature, which meant I learned about outdoor adventure only through books, as a distant thing that other people did.

When I was nineteen, I walked up Mount St. Helens, which was a half-hour from my home, but I never went higher in elevation than that blown mountain’s 8,363 feet.

I’m not sure how my Uncle Doug put up with a tenderfoot like me. He was a product of the old days in Coeur d’Alene, hiking and riding dirt bikes in the mountains. He invited me on hikes to places such as the St. Regis Lakes, which had the largest snowflakes I’ve ever seen, and Chimney Rock in the Selkirk Mountains. I quickly became drawn to the mountains.

One day, Uncle Doug invited me on a trip that was to forever change how I calculated value in my life. It would gain such prominence in my memories that even today, almost a decade later, I often use it to compare against the soul-glow I get from an adventurous weekend.

Uncle Doug said we would be climbing Mount Borah. I had never even heard of it. But he said it was 12,662 feet tall, and I was electrified by the idea of ascending to such a height, which I had never even seen in person. But when Doug said we had to be back in just three days, I was acutely disappointed. How could we pack much adventure into only three days, especially when the mountain was almost twelve hours away? Here in Coeur d’Alene, we’re an hour from the Canadian border, while Mount Borah stands in southern Idaho’s Lost River Range. I could drive across Washington, Oregon, and into California in the time it would take us to reach Mount Borah. 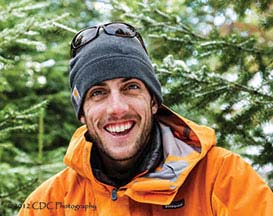 Jason S. Wilmoth has been chasing adventure and solitude in the mountains and rivers of northern Idaho for almost twenty years: whitewater kayaking, rock climbing, hiking, and more recently rockhounding with his wife and daughters. In this issue, Jason writes about the adventure that set the tone for those to follow.
View all posts by Jason S. Wilmoth →
ORDER BY MAIL