Back to First Grade

Posted on by Diana Braskich

Technically, Lila was born in Spokane. I was born and raised in Coeur d’Alene, but she’s a native Idahoan as much as I am. She’s in the same school district as I was, thirty years later, and while she’s at a different school than I attended, there’s a certain sense of familiarity and homecoming whenever I walk into her classroom. A warm feeling of nostalgia comes over me as I remember my own elementary school years.

Nostalgia can’t last long, however, and it’s always broken the moment I must ring a bell to enter the locked campus. At every exit, signs remind children and staff alike to protect their school, and to not let anyone in without authorization. That was not the case with my school, at least not that I remember. The main entrance was always open, and if the side doors were locked during the day, I was unaware of it.

Whenever I get irritated about this, though, I try to remind myself how I would feel if the opposite were true: if any adult could just walk into the school at any time. But that’s cold comfort. Through no fault of the school or the staff, the increased security is a stark reminder that the world has changed since I was a kid.

Yet while the locked doors can be both depressing and inconvenient, they also can inadvertently provide a hint of comedy. On a recent visit to the school, I stepped outside to watch what Lila was doing at recess and let the door close behind me, not realizing it would lock. (Though I should have, having been told numerous times before.)  After standing in the freezing rain for a few minutes, watching my daughter and her best friend shuffle around in a circle, kicking up slush, I realized I was locked out. Not wanting to stay out in the cold, but also not wanting to embarrass myself or bother someone on duty, I wandered aimlessly around the playground. I started to circle around to the parking lot—not realizing, having never tried to exit the schoolyard before, that a locked gate stood between me and blessed escape. 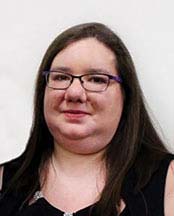 Diana Braskich has lived in Idaho her entire life. A mother, student, and aspiring writer, she is prone to fits of nostalgia and is surprisingly indoorsy for an Idaho native, preferring superhero movies, outdated sitcoms, and books of all shapes and sizes to outdoor recreation. She lives with her family in Coeur d’Alene.
View all posts by Diana Braskich →