Posted on by Ana Maria Cuneo

From the Beet Fields to the World Stage

Last February, I caught Cecilia Violetta Lopez’s performance of Violetta, the leading role in Verdi’s La Traviata, presented at the Egyptian Theatre in Boise by Opera Idaho. Sitting behind the orchestra, I watched this young singer from Rupert maneuver with ease and confidence through the difficulties posed by the arias. Being so close to the stage, I was privileged to a detail: she had identified herself with the role of Violetta to the point of tears. When an opera singer captivates her audience, you know that you are in the presence of an exceptional artist. The audience was moved by her passion, and I was intrigued.

Cecilia is someone to watch. Her career has been on the rise ever since she graduated from the University of Nevada, Las Vegas (UNLV) in 2011. From 2012 to 2014, she was principal soprano at Opera San José in California, and during 2014-15, she joined the roster of the New York Metropolitan Opera. In October 2015, she was named by Opera News magazine as one of “25 Rising Stars,” chosen from an international list of the brightest new voices on today’s opera scene.

Music has always been a part of Cecilia’s life. A Mexican-American, she grew up singing Mexican folk songs she learned from her mother while they were working in the fields of Rupert. As a teenager, she sang with live mariachi bands but it wasn’t until her twenties, when she started college, that she finally made the transition to opera. Her success is an inspiring example of how hard work and perseverance can make a dream possible. 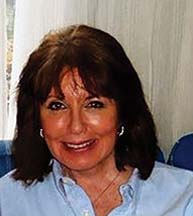 Ana María Cuneo is a bilingual writer and avid promoter of Hispanic culture. She and her husband Richard live in Eagle with their dog, Amelia Earhart. Ana María holds a master’s degree in interdisciplinary studies from Sonoma State University, California. She was founding editor of La Voz Hispana, a California Spanish language publication, and was a contributing writer for a bilingual television program produced in that state. She currently writes a monthly column called “Cultural Exchange “ for The Independent News in Star.
View all posts by Ana Maria Cuneo →
ORDER BY MAIL