Posted on by Paige Nelson

If He Reaches the Dunes, He’s Gone

On a beautiful Idaho spring day on the white sands of the St. Anthony Sand Dunes, we were trailing four hundred head of Black Angus cows and baby calves to their spring range just north St. Anthony.

It was crisp that morning and dry. The snowfall hadn’t amounted to much that winter and the spring’s rains were late. The dust billowed up behind the herd and the absent wind let it settle in our eyes.

We were running about a hundred head of first-calf heifers along with our seasoned cows. The heifers were wild and full of energy, and had no idea where their calves were. After gathering all the bewildered heifers and their bawling calves, we headed for an area called the Junipers, the first leg of our two-day drive. Most of the cows had found the open gate a few days earlier and, with their calves, had started on their own. 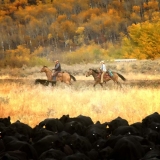 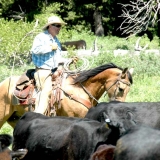 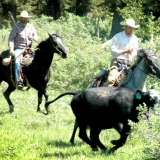 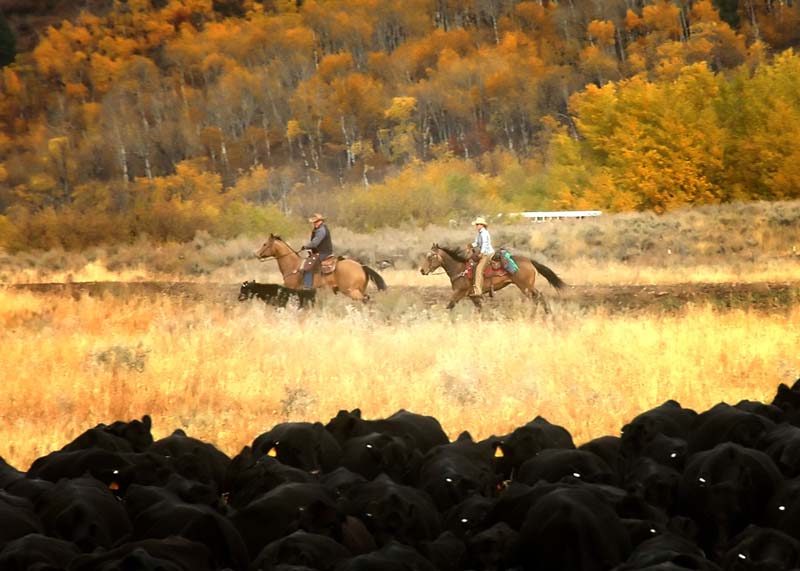 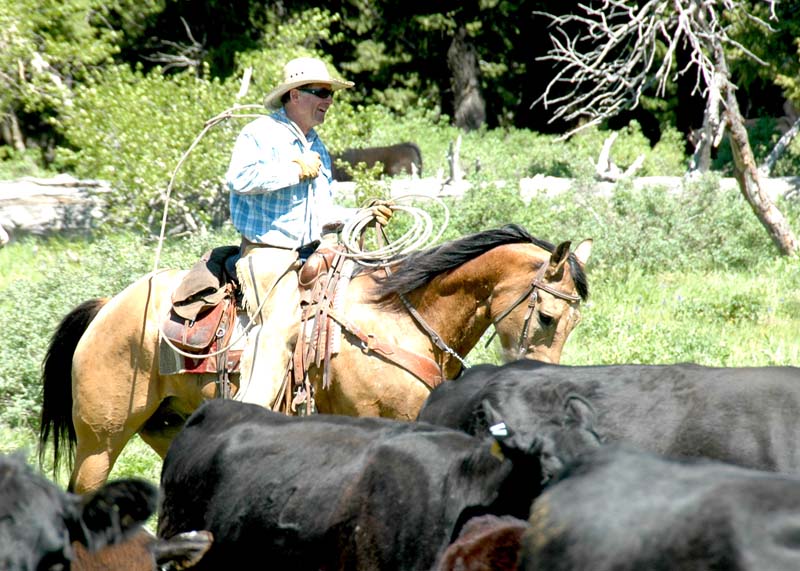 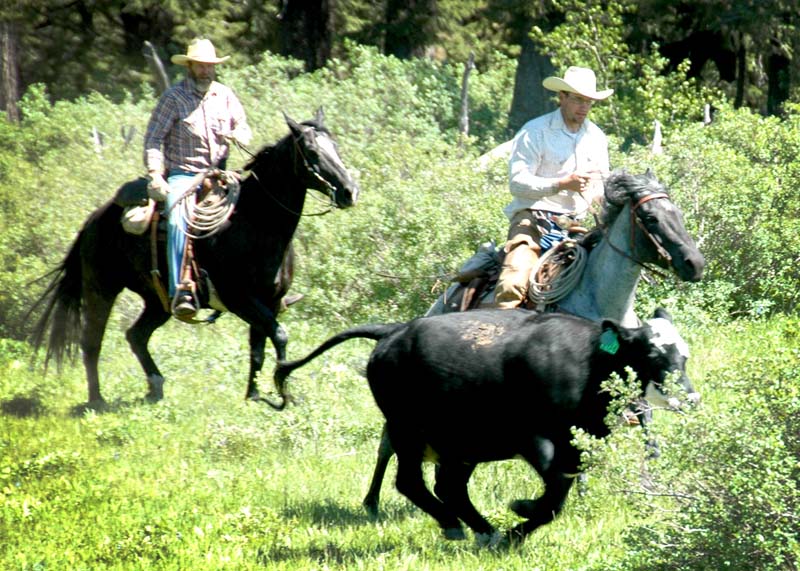 The stragglers were in our care. It was our duty to make sure they got to their destination safely and without unnecessary stress. My dad and I were bringing up the tail end with about ten head of heifers. My brother Rick was just ahead of us, herding a group of calves. The calves had been born at ranch headquarters. After spending their first few days in a small corral called the nursery, they were herded on foot out to a larger pasture.

The spring drive is the first time each year that horses are used to herd, and it’s sort of like the first time for everyone. The cow horses haven’t been behind a large herd of cows since the past December, when everything was brought home from the range for the winter. The ranch hands are rusty. The cows have only been worked on foot for the last five months, and the calves have never seen a horse with a saddle and a rider in their lives. And it is one of the first times mothers and babies become separated.

Amidst the excitement of trailing, some cattle will lose track of their calves, which means on a drive like this, almost anything can happen. A three-mile stretch of sand dunes, sagebrush, and juniper trees lay between ranch headquarters and the juniper dry farm where the herd would spend the night. We would cross it all.

Our ten heifers were moving at a good clip and in no time we caught up to Rick’s herd. We had entered some tall sagebrush and the cattle began to spread out. We could hear ominous mooing just ahead, and from years of experience I knew right where the majority of the herd was stopped. After about a mile of sand, lava rock, and sagebrush we climbed a steep dune to find a green bowl of lush grass on the other side. Dunes were on every side but in the middle—a grassy oasis.

The cows couldn’t help themselves. For the last five months they had eaten corn silage, alfalfa hay, and straw and now here before them, tempting their taste buds, just waiting to be plucked from the sand, were tall strands of spring grass. Asking cattle to walk through that without taking a bite would be like expecting a rancher to order chicken instead of steak. It just wouldn’t happen.

We pushed our little group into the larger herd and began whooping and hollering, joined by my mom, my uncle Wade, J.C. Stimpson, Jaren Mortenson, and Braiden Eliason. The cattle spread throughout the grassy bowl and buried their noses, refusing to move until the horse and rider behind them threatened to ram them forward.

During this standstill, it happened.

Most of the herd was on the right trail headed north, but a few knot-headed cattle on the edge of the herd—mostly heifers and calves—began drifting east. Rick and I were around them, making our presence known, when our line of defense was broken by a calf moving like a bullet. He saw the twenty-foot opening between my horse and Rick’s and made a dash for freedom. In his mind, his mother was still at ranch headquarters, right where he had left her. He headed straight east, fast.

He had about a hundred yards of flat, sandy lakebed to cover before the terrain once again became thirty-foot dunes followed by lava rocks and tree-height sagebrush. If he reached the dunes, he would easily outdistance us in the deep sand. It was a free-for-all dash. I wheeled my horse Gus to the left. We were the only things between that calf and a straight shot for home where, to his great surprise, he would find no mamma.
If He Reaches the Dunes, He’s Gone

Gus was a good cow horse, a laid-back animal who knew how to get the job done. He watched the cows with an eye known only to Quarterhorses. He was a darkly mottled buckskin with a strong chest and lean body, alert ears, and a bit of a temper. Gus saw what was happening and didn’t need much encouragement to burst into an all-out sprint. We definitely weren’t slow, but the calf was pulling away as we did our best to haze it back to the north.

We shifted gears. I could feel Gus pounding the sand, as if we were on a sticky treadmill going nowhere, even as we picked up speed. He was working hard and wanted to go faster. He just couldn’t. Horses are competitive animals, and to have a baby calf outrun him was going to hurt his pride as much as it was going to hurt mine.

Slowly, we began to catch the black dart that floated on the surface in front of us. I leaned forward in the saddle, my eyes watering from the speed. Gus had all the rein I could give him and he knew by the quick spur in his side it was now or never. Finally, I felt him stretch out. The gummy sand had released its strangling grip on his hooves. He hit his dead-run stride. We lunged forward, at last moving in to catch our baby competitor.

We were twenty feet from the dunes. Just then, the calf put on the brakes and skidded back to the west.

The race was on again.

Paige Nelson is a resident of Rigby who recently graduated from Brigham Young University-Idaho with a bachelor's degree in animal science. Paige and her husband Tyler enjoy living in Idaho and like to do anything outdoors, especially riding horses and going on family cattle drives.
View all posts by Paige Nelson →