Posted on by Robert Ross

The Monster That Grooms the Slopes

It looks like something out of a science fiction movie, man blended with machine. The mind of man is hidden behind a mass of metal, in a half-million-dollar, thirty-three-thousand-pound behemoth.

This man-machine moves forward with deliberation, metal claws reaching out like the appendages of an ocean crab—the jaws opening, then closing, powerfully moving, pushing, leveling everything in its path. The Beast, this mega-machine, is the world’s largest snow-groomer. And in a few minutes, I’ll be in the cab, taking the ride of a lifetime.

It’s 4:30 p.m. in Sun Valley, and there’s excitement in the hallways of a two-story building beside the main ski lift as the ski patrollers kick off their boots. They’ve made their final sweep of the mountain, more than two thousand acres, signaling to all, “Mountain closed to the skiers,” and also signaling, “Mountain open to the snow-groomers.” 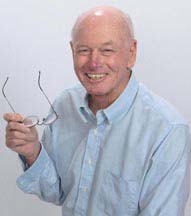 Robert Ross is a freelance writer currently residing in San Diego who visited Idaho in the early 1980s, fell in love with the state, and has been coming back every year. A lover of the outdoors, he is an avid skier, cyclist, fitness buff, and world traveler.
View all posts by Robert Ross →
ORDER BY MAIL