A Town That Appreciates Its Strengths

Craigmont started out with a different name in a different place, and became what it is today through a mock wedding. That story has its origins in the fall of 1895, when the Nez Perce Indian Reservation was opened for settlement. People flocked to the Camas Prairie to stake out their homesteads, and in 1898, the first little town to spring up was named Chicago after the big city in Illinois. This caused so much confusion for the U.S. Post Office that several years later the name was legally changed to Ilo, after Ilo Leggett, the daughter of a local merchant.

By 1907, the citizens of Ilo were expecting the Camas Prairie Railroad to be built through their town, but it bypassed them by about a mile. Deciding it was poor business to miss out on this new transportation mode, most of the town picked up its skirts and moved to the west side of the railroad tracks, where the current Craigmont business district is, on U.S. Highway 95 between Lewiston and Grangeville.

The September 23, 1907 edition of the Lewiston Evening Teller reported, “Last week witnessed great activity in the removal of the old business houses to the new town. Buildings were hauled across the prairie by steam, horses, and capstan.”

A capstan moves or raises heavy weights with a vertical drum around which a cable is turned. It and the big steam engines that moved Ilo were probably owned by Sterling Norman Bunce. “Grandpa Bunce was a fascinating person,” his grandson Adelbert “Del” Buttrey wrote in a 1979 book titled, The Buttrey Davis Story. “To begin with, he was huge, usually weighing between 350 and 400 pounds, most of the time closer to 400. Being short in height, he seemed even more massive. He bought much machinery and always had the biggest threshing outfit around, the biggest separator, and the biggest steam engine, which powered the separator. His huge, powerful engines and his rolling equipment enabled him to take on large moving operations, and occasionally his steam engine could be seen along the roads of the prairie moving some building from here to there.”

While Ilo was moving down the hill, John P. Vollmer, a Lewiston merchant and financier, was founding the town of Vollmer on the opposite side of the railroad tracks, which was all that separated the two communities. An intense and bitter rivalry developed. In 1911, when Lewis County was formed from Nez Perce County, this discord was the main reason the new county seat was located in Nezperce, even though it had a smaller population than Ilo and Vollmer.

“In the recession and hard times following on the heels of the First World War, economic pressures began making themselves felt in the divided town,” according to a 1963 volume by multiple authors titled The Highlands of Craig Mountain. “Citizens were getting out of sorts by the constant bickering and rivalry.” 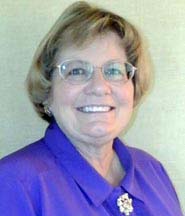 Shelley Kuther has lived in Craigmont all her life, except for her college years. She belongs to the Ilo-Vollmer Historical Society and American Legion Auxiliary, serves on the board of several cemeteries, and sends annual reunion newsletters to more than 250 Craigmont High School graduates. In her rare spare time, she enjoys reading while her husband golfs.
View all posts by Shelley Kuther →
ORDER BY MAIL