Posted on by Lawana Johnson

Her forty-six-year-old father struggled to pull his aching body from the hot tub for the championship match. Energy drained from Dick Johnson like the water from his suit. He was in pain, but Shelly excitedly danced around him with her tennis racquet. After a long day of tough matches, she could tell he needed more time to soak, rest, and let his pain pills take effect.  But the officials were calling for them to get back on the court.

This was what they had worked on for years. Shelly was in her last year of eligibility for the eight-state Mountain Regionals of the Father-Daughter Tennis Championships, and she was convinced it was the turn of this Boise father-daughter team to win it all in 1986.

“There’s no way we’re going to lose,” she said confidently. “With you playing beside me, we’ll beat them!”

Dick tried to conceal his pain from his beloved daughter. A few minutes earlier, a rain shower had dampened the outdoor courts in Utah in the ninety-three-degree heat of July, which was a blessing, because it forced the match indoors. Once the pair got back on court, they took a first close set, 6-4. Fast and furiously, the match raced toward the end of the second set. Shelly readied herself to be aggressive at the net, just as her father had taught her so many times in practice: 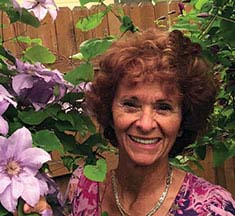 Lawana Johnson has been married to Dick Johnson for fifty-four years and is a mostly stay-at-home mom who also taught school and managed four art galleries in three states along the way.  Lawana loves traveling the world, pickleball tournaments, and visiting family and friends.  Her interests include family history, genealogy, art, sailing, snorkeling, gardening, photography, creative writing, and computer technology.
View all posts by Lawana Johnson →
ORDER BY MAIL