Posted on by Jay G. Burrup

Where Heaven and Earth Meet

I remember Downey’s small but impressive Marsh Valley Hospital of orange brick. It was built on North Main Street in the late 1940s by energetic civic leaders, including my grandfather, William E. (“Ed”) Burrup, who received only a fifth-grade-equivalent education. When I was five years old, Grandpa suffered a severe stroke on a hot August day and was confined to the hospital for five months before he died. I daily accompanied my parents and elderly grandmother to the hospital to check on him. Hospital rules declared I was too young to enter his room, so I either sat alone in the waiting room or crouched at the hallway entrance until it was time to leave. One day, a nurse wheeled my beloved grandpa out to see me in the waiting room. He reached out to touch me, and gave me a weak but crooked smile. The drained and almost lifeless man who mumbled a greeting when he saw me unnerved me to the core. I started crying and clung to my mother’s leg for reassurance. The nurse whisked Grandpa away. That was the last time I saw him before he left Downey for heaven.

In subsequent years, I spent time in the hospital for removal of my tonsils, repair of a broken leg, treatment of a torn sternum, revival from dehydration by the flu, and so forth. In all those situations, I was operated on or repaired by Downey’s renowned Dr. Leo G. Burkett, a superior general practitioner. He was assisted by a team of competent and caring nurses in starched white uniforms.

I’m among a few thousand favored souls who know that heaven and earth meet in Downey. Evidence of this claim presides over the southern mountain range of the historic and semi-arid Marsh Valley in Bannock County: the majestic and locally revered Oxford Peak (elevation 9,282 feet). The rounded twin peaks of this striking mountain become visible as travelers leave Inkom on Interstate 15 and head for Malad, but only from Downey do they present their most picturesque angle. Many former Downeyites, like me, say life could take them away from Oxford Peak but it could never take Oxford Peak out of their memories or hearts. A former native, Clark Davis, wrote a country western song about it while feeling homesick in San Francisco in 1964 (you can listen to it on clarkkdavis.bandcamp.com/track/oxford-peak). The peak and valley will call out to you, as it still does to him and thousands of current and former Downey/Marsh Valleyites. 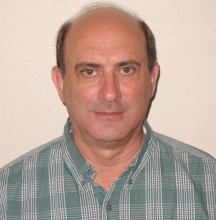 Jay G. Burrup grew up in Downey and graduated from Brigham Young University with a bachelor’s degree in history and a masters in library and information science. A certified archivist at the LDS Church History Library in Salt Lake City, he and wife Dorothy are the parents of four daughters and have a grandchild, with another on the way. Jay is an avid collector of Idahoiana, especially antique postcards. He contributed numerous articles to a recently published history of Downey and administers the Downey-Marsh Valley Facebook page, which just welcomed its two thousandth member. He and brother Roger own their great-grandparents’ 1895 dry farm homestead near Downey.
View all posts by Jay G. Burrup →
ORDER BY MAIL