Posted on July 1, 2015 by Diana Kauffman-Cockrell

What the Land Teaches

When I was a kid, my family’s farm near Filer in southern Idaho was a magical place, where anything could happen.

We had parts and pieces of things all over the place—we could make forts, dig for queen ants, play with electricity (hot wire and hose pipe tricks), skip rocks, climb haystacks—you get the idea. What I didn’t know until I left was that growing up on a farm and being part of the operation was the best gift I ever could have received. I learned how to work hard, strategize, be creative, find a way no matter what, have a sense of humor, and have fun while I worked. I learned by heart every song played on the AM station in ten years. I knew when it was okay to make do and when it was important to get it right. I understood the laws of electricity (those fences), and learned that life and death happen to us all, and in choosing to fill the time we do have, we must choose quality. I learned how to grow things, lots of things, and the calming effects of working in dirt, and the ability to just be, and that with imagination there really is always a way—you just can’t quit, or it won’t be found. 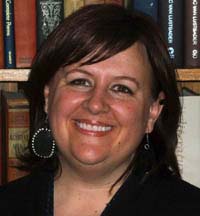 Diana Kauffman-Cockrell was raised on an Idaho farm and now works in behavioral health in Washington state. She enjoys writing, outdoors, making jewelry, and selling her family’s Kauffman Farm Hearty Barley Soup when she can’t be home spending time with family. Love of the land and of her family’s legacy remains in her heart. Shari Hart is an Idaho photographer whose work can be found at www.windandsagephotography.com.
View all posts by Diana Kauffman-Cockrell →
ORDER BY MAIL