Posted on by Kevin Carson

On a Wayward Course

As a young man, I had a job cleaning up tributaries and drainages above the Salmon River that had been fouled by years of mining. Beginning in the 1860s, miners left enormous piles of lead ore tailings when the easy gold ran out. Containers of mercury lay buried along stream banks. As you can imagine, those flasks were removed carefully. I cannot adequately describe the futility of chasing quicksilver downhill. As I worked in those days, I often marveled at the scale of what had happened in Idaho, of how many men must have labored over so many years, driven by the hope of finding riches. The evidence of that effort was all around me. Early placer miners panned and scoured gold from the creek beds and rivers but inevitably they turned to excavating hard rock, mining the ore that became the mountains of tailings. Whenever I was at an old mining site, I would pick up a galena-and-crystal-flecked piece of ore and wonder at its pattern of quartzes and inclusions. Once I found a rough-cast silver ingot, and felt some of the lure of the mother lode.

In the days of the Idaho goldfields, a strike or rumor of one could send tens of thousands of eager men in search of riches. For a time, Idaho was perceived to be the richest of the gold-bearing territories. Like those early miners, I’ve never been immune to the lure of Idaho gold but over the years I developed an interest in a different type of mining: the discovery and consideration of records and stories of our past. Mining the history of it became a passion for me.

While examining mining records of the Hoodoo Mountains and the Coeur D’Alene region, I came across a collection of people who would do justice to the Westerns of the 1930s, but unlike those fictional characters, these folks were flesh and blood. Their passions had been ignited by the same craving that for eons drove miners to seek mineral wealth. Some of the principal actors are well-known, including the Earp brothers Wyatt, James, and Warren, along with Wyatt’s wife Sadie and James’s wife Nellie. The Earps customarily mixed mining claims, gambling, and bullets. Another Western idol who made an appearance in Idaho was Calamity Jane (Martha Jane Canary), but I found my muse in the form of Maggie Hall, better known as Mollie B’Damn. 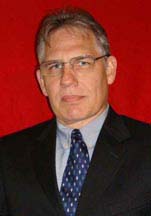 Kevin Carson is from a family that lived the history of the West. He counts lawmen, scoundrels, and abolitionists among his ancestors. His first book, The Long Journey of the Nez Perce, was a History Book Club selection, and he currently is writing a novel about World War I. Kevin lives in Idaho with his family.
View all posts by Kevin Carson →