House by the Lake

Posted on by Larry Telles

Story and Photos by Larry Telles

I had been coming to the majestic house sitting by Lake Coeur d’Alene since joining the Idaho Writer’s League (IWL) in 2001. Several times at our bi-weekly meetings, I had been asked to be a guest speaker and each time, I stopped in mid-sentence to stare out the huge picture window at the lake, mesmerized by the beauty spread before me.

So when I heard in late 2016 that the statuesque old Jewett House would soon reach the milestone of its hundredth-year year anniversary, I took note. As a writer, author, and illustrator, I could not let this event pass quietly without alerting the IWL group. Feeling we had to do something concrete to mark the occasion, I put on my Stetson and set to thinking. What was the building’s story?

The reason the Jewett House even existed was lumber. Just before the turn of the 20th Century, gold and silver were discovered in northern Idaho and the development of towns began. Construction of Fort Sherman shared in this development. Government agent John B. Leiberg led the surveying of the Northwest for marketable timber and in 1898, his report was made public. Several eastern lumber companies then started a major timber boom in the Coeur d’Alene area. 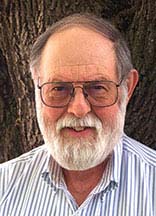 Larry Telles has worked in graphics for about sixty years, has taught multi-media courses, illustrated children’s books, is past president of the Coeur d’Alene Chapter of the Idaho Writers League, and CEO of Bitterroot Mountain Publishing.
View all posts by Larry Telles →