Posted on by Judy Grigg Hansen

A Family’s Culinary Hall of Fame

A lightly chocolate oatmeal cake smothered in melted chocolate chips and walnuts, it’s moist and slightly springy, not at all like the dry, sterile offerings that begin in a box. Even so-so cooks like me can have a few moments of glory in the cooking hall of fame.

My son David is usually a griller and lets his wife take the baking honors, but when he was a young teenager he was famous in our southwest Boise neighborhood for his own chocolate seduction. Remember those chocolate no-bake cookies that have oatmeal, peanut butter, and cocoa? David’s were moist but not sticky, perfectly formed and sweet, nutty, and soft. He claimed the secret was boiling them the exact amount of seconds required. Anyway, whenever we took David’s cookies to a neighborhood or school function, all the ladies would ask for our recipe. I would tell them it was not the recipe but the cook that made the difference.

Danish hotcakes are famous in our family, because my sons held their own eating contest every time I made them. The boys are now in their twenties and thirties, but they still argue about who can eat the most Danish hotcakes at one sitting. I learned to make them by watching my mother-in-law, who learned from her mother, a Danish cook who was born in the old country and served them with sugar and lemon juice. There are no exact measurements for the ingredients. You use two eggs per person, one-half to one teaspoon of salt, enough flour to make it look like a thick gruel, and then add milk until the batter is quite thin but will still hold together when cooked. Then when they are lightly browned on both sides, they come out of the frying pan and onto the waiting plate of a drooling family member. 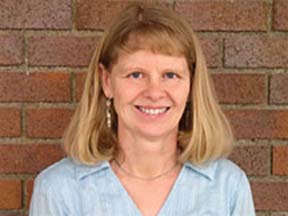 Judy Grigg Hansen teaches English at the College of Southern Idaho. Previously, she wrote feature stories for The Idaho Statesman. Her writings have also appeared in Time magazine, Teaching for Success, Focus, Salon Today, Boise Family Magazine, Boise Magazine, The Ensign, and others. Currently she is working on a series of Idaho poems.
View all posts by Judy Grigg Hansen →