Posted on by Doug Rose

I first met Maggie during a visit to the farm of my future parents-in-law in Milo. I know the date was December 23, 1963, because the next day, Christmas Eve of that year, I proposed marriage to Ruth. We had arrived in nearby Idaho Falls on a Greyhound bus from Salt Lake City, where Ruth worked as a registered nurse. I was visiting her childhood home for the first time.

Not long after our arrival, I was told that if I needed to use the bathroom, Maggie would be in there, but it was all right, I could go in. The family had learned to warn new visitors about Maggie after a visiting uncle once went to the bathroom in the middle of the night. Just as he was sitting down in the dark, he was greeted with, “Hello, how are you?”

The light was on when I got the same greeting, so I could see that it came from the direction of a large homemade bird cage occupied by a magpie. I responded uneasily, “I’m OK, how are you?” and got the answer, “Fine, fine.”  When I came out, Ruth gave me the story of how Maggie had become a member of the family. 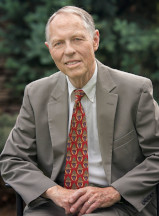 Doug Rose moved to Boise in 1993 after a career in the U.S. Foreign Service with assignments to Brazil, Peru, Thailand, Venezuela, and India. His mother was a third-generation Idahoan from Bancroft. His wife grew up on a farm in Milo. He loves exploring their home state and carving wildfowl.
View all posts by Doug Rose →
ORDER BY MAIL