Posted on by Angela D'Ambrosio

Life on the Scary Cliff

The fear of death follows from the fear of life. A man who lives fully is prepared to die at any time.–Mark Twain

My husband Rick says my side of the family is missing a self-preservation gene. I hadn’t really considered it until my mother and father decided to build their dream house at the top of maybe one of the most dangerous roads in America.

Admittedly, reaching the summit is like breaching the gates of heaven, but it’s six miles of sheer rock cliffs and narrow thoroughfares just big enough for a single vehicle. And that’s the improved road.

The suspect road is an old logging trail that branches off Highway 95 in the mountains near Council. My dad, Jim Warren, had to dynamite parts of that road, which my kids lovingly call “the scary cliff.” We’ve actually convinced the kids that we installed a parachute on the mini-van just in case we fall off the cliff. It is always a life-affirming journey to Grandma and Grandpa’s house. 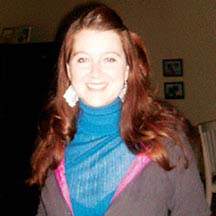 Angela D’Ambrosio was born in Boise in 1977, the second of four children and the only girl. She was raised in Cambridge, gateway to Hells Canyon, where her father was a teacher and river guide and her mother a homemaker. She currently lives in Boise with her husband and three kids.
View all posts by Angela D'Ambrosio →