On the Cattle Drive 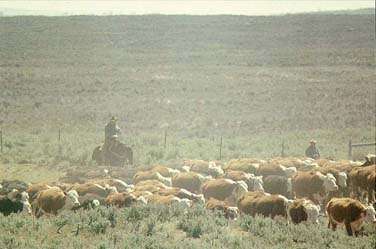 Posted on by Gloria Jackson

Burdened with Greenhorns, Cowboys Take a Herd to Pasture

We saw Indians on the hills during the day, so Vike instructs the men to circle the wagons and corral our horses inside the circle after they’ve been given time to drink from the river.

I begin boiling river water for coffee and cooking what little food we have left. The cowboys will hunt tomorrow, the Indians permitting. Eating slows conversation, and we remain alert while one of the cowboys stands guard. They will spell each other during the night with guard duty.

Pete, one of the younger cowboys, helps me clean up and put things back in the supply wagon, so the four-footed scavengers won’t think they’ve found an open buffet.

Vike, my husband/ranch foreman, asks, “May I accompany you across the sandbar into the river for a quick bath before we retire?” 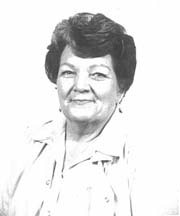 Gloria Jackson grew up on a farm southwest of Jerome riding horses, hunting rocks, bottles, and asparagus. Those bottles and rocks are part of the memories of working on the ranch with her late husband, Vike, for former Idaho Lt. Governor Jack Murphy. She quilts, paints, and writes in her retirement in Twin Falls.
View all posts by Gloria Jackson →