There is no place I would rather be on the Fourth of July than Paris, population 513. The patriotic program there, which was started thirty-four years ago, is the best I’ve ever gone to. People line up for an hour to get into the Mormon tabernacle, a beautiful building on the National Register of Historic Places built in 1889 with native red sandstone hauled in wagons that were pulled by oxen and/or horses from a quarry about eighteen miles away. The building was erected without power tools. Red, white, and blue half-circle flags hang from the loft on the holiday. The choir and many people in the audience wear red, white, and blue clothing, which makes a wonderful sight under lights hanging from the dome ceiling. The program changes each year, and people of all ages perform. This year, retired Air Force pilot Jerry Nelson was emcee in his dress uniform, and when Boy Scouts escorted twelve World War II veterans onto the stage, where a decoration was pinned on each man’s shirt, it was a real tear-jerker. Twelve might seem like a lot of WWII veterans for the Bear Lake Valley, but there are even more, who were not present. A musical highlight was the wonderful voice of Joel Packman, who lived here for a few years but was transferred, which disappointed many people who thought they would not hear him sing again. But he has returned for the past two years, just to sing on this day. The closing number, “Taps,” was played on bugles as eight large flags were waved from the balcony. Many people left the building with tears of patriotism in their eyes. 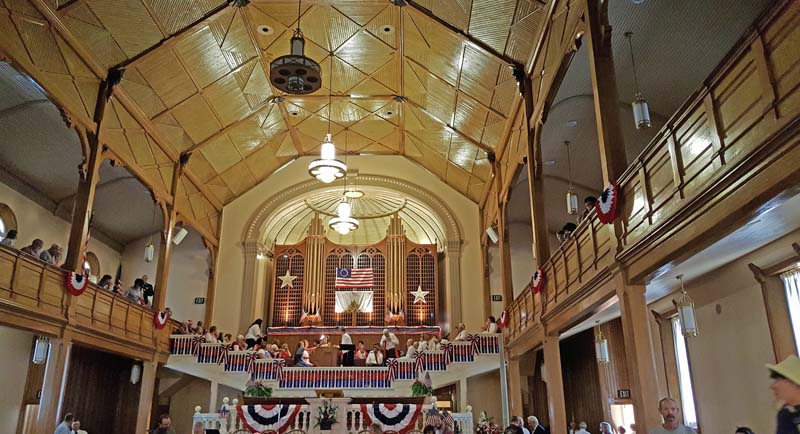 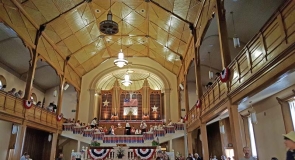