Posted on October 1, 2015 by Erin Anchustegui

Some of my fondest memories are of riding my horse through the sagebrush on our family ranch, which sat between Shoshone and Richfield. Recently, when I went back to visit our ranch, I flashed on images of my father walking down a dirt path next to the Little Wood River wearing a white shirt, straw cowboy hat, and a shovel perched on his right shoulder.

Water was an essential ingredient to irrigating the land and keeping our cows and sheep hydrated in hot summers. I wondered how an arid desert region like the Magic Valley, not naturally suitable for farming and ranching, had so much water. So I set about doing some research and discovered how much my grandfather, Eusebio, had in common with a famous Idahoan, Ira B. Perrine.

Eusebio, a Basque sheepherder, left Spain with only a few possessions and came to Idaho to make a new life in 1918. His father had wanted him to be an engineer in Spain, but he had different aspirations. Arriving on the train in Shoshone, he stayed in a Basque boarding house with other newcomers until he found work. He gradually migrated up to the Wood River Valley to work in the mines.

In the early 1880s, Ira Burton Perrine left Indiana for Idaho. Eschewing his family’s directives to become a minister and spend a lifetime preaching, he sought to make his fortune mining in Idaho. By the late 1800s, the state already had gained a national reputation for its wealth in mineral ore. Gold brought the first white settlers here and gold helped to establish the Idaho Territory in 1863. As gold resources dried up, the search for other minerals began. 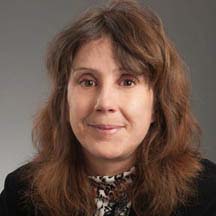 Erin Anchustegui teaches philosophy and world religions at Boise State University and the College of Western Idaho. An Idaho native, she has great fondness for Idaho’s rugged beauty, and has served on the board of directors of Western Watersheds Project for more than a decade. The author of Introduction to Philosophy (University Readers, 2009) and lead organizer of the Treasure Valley Writers Guild, she lives in Boise with her two sons, reads voraciously, hikes, and writes fiction.
View all posts by Erin Anchustegui →
ORDER BY MAIL