Posted on by Emily Dymock

Muscling in a Sturgeon

Story and Photos by Emily Dymock

I became oblivious of the pain shooting up my arm, as my determination to get the sturgeon on the deck of the boat took over. The pole felt too big in my hands and my lower back began to ache as well, but I sent a mental thank you note to my parents for raising me to be a strong-headed girl. And then my full attention quickly went back to reeling in the behemoth.

My co-workers, Nick, Cortney, Chad, and Tim, cheered me on, but suddenly I felt other eyes on me and looked up at a couple of tour boats jam-packed with two dozen people. I felt my face turn red at the realization of my momentary fame, but clenched my jaw and turned again to the goal. More than anything else, I wanted that fish. 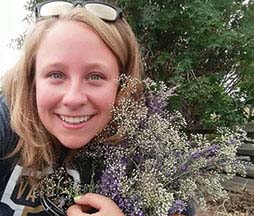 Emily Dymock is a student at the University of Idaho majoring in fishery resources and minoring in wildlife resources and journalism. She is passionate about exploring the world around her and meeting new people. She says she often can be found driving the backroads of Idaho, map in hand, grinning from ear to ear.
View all posts by Emily Dymock →