A Town Tailored to Its History

My family has a long-standing personal connection to Roberts—a town of about six hundred and fifty residents fifteen miles north of our home in Idaho Falls—through our frequent visits to its regionally famous Cajun dining establishment, as well as many scenic drives to bird watch at the Market Lake Wildlife Management Area. Our attachment to the tiny town has continued to a third generation, who now join in on these traditions. Whether it’s an anniversary, birthday, Sunday drive, or just a hankering for southern-style hospitality, we head to Roberts.

I’ve come to realize that few cities in Idaho embrace their past in the way Roberts has. Its history has been carefully woven into the tapestry of the present-day community, which pre-dates Idaho Falls, Rigby, and Rexburg. It was the trading post of the area in the 19th Century and was one of only a few cities that appeared on the 1875 map of eastern Idaho.

The city’s name changed from Market Lake when the Oregon Short Line Railroad extended its reach to the area in the 1880s. As was customary at the time, the town was named for a railroad official, Harry Ashton Roberts. Though he owned farmland in the area and people speculated that he would settle there, Harry Roberts never lived in the town named after him. A publication of the American Society of Civil Engineers described him this way:

“Harry Roberts was a competent and dependable engineer and a fine example of [an] American gentleman. He possessed high qualities of leadership and inspired devoted loyalty. A strong adherence to principle was tempered with an unfailing sense of fairness. He endeared himself to many by his never-failing willingness to help where it was needed.” 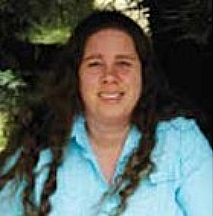